Franklin White came to the U.K. from Australia in 1913 and two years later entered the Slade School as a student. He worked at the Admiralty making drawings in the Airship department during the First World War until 1919 when he re-entered the Slade and was shortly invited by Professor Tonks to join the teaching staff where he remained until he retired in 1957.

On his retirement he turned his full attention to the Samuel Palmer School of Art, which had been operating at his home in Shoreham since 1924 when he first held summer classes in landscape painting for his Slade students. In the 1950s the school expanded to take residential students, and even though ill-health caused him to restrict his activities in later years, many local part-time students were helped to achieve a better standard of painting and drawing through the classes held in the studio.

White had work exhibited at the London Group, Thomas Agnews, The Redfern Gallery and is held in permanent collections such as H.M. Queen Elizabeth, The Queen Mother’s collection, The British Museum, The Victoria and Albert Museum, The Ashmolean Museum, Oxford, The Birmingham City Museum and Art Gallery, The Laing Gallery, Newcastle, and The National Gallery of Australia, Melbourne. 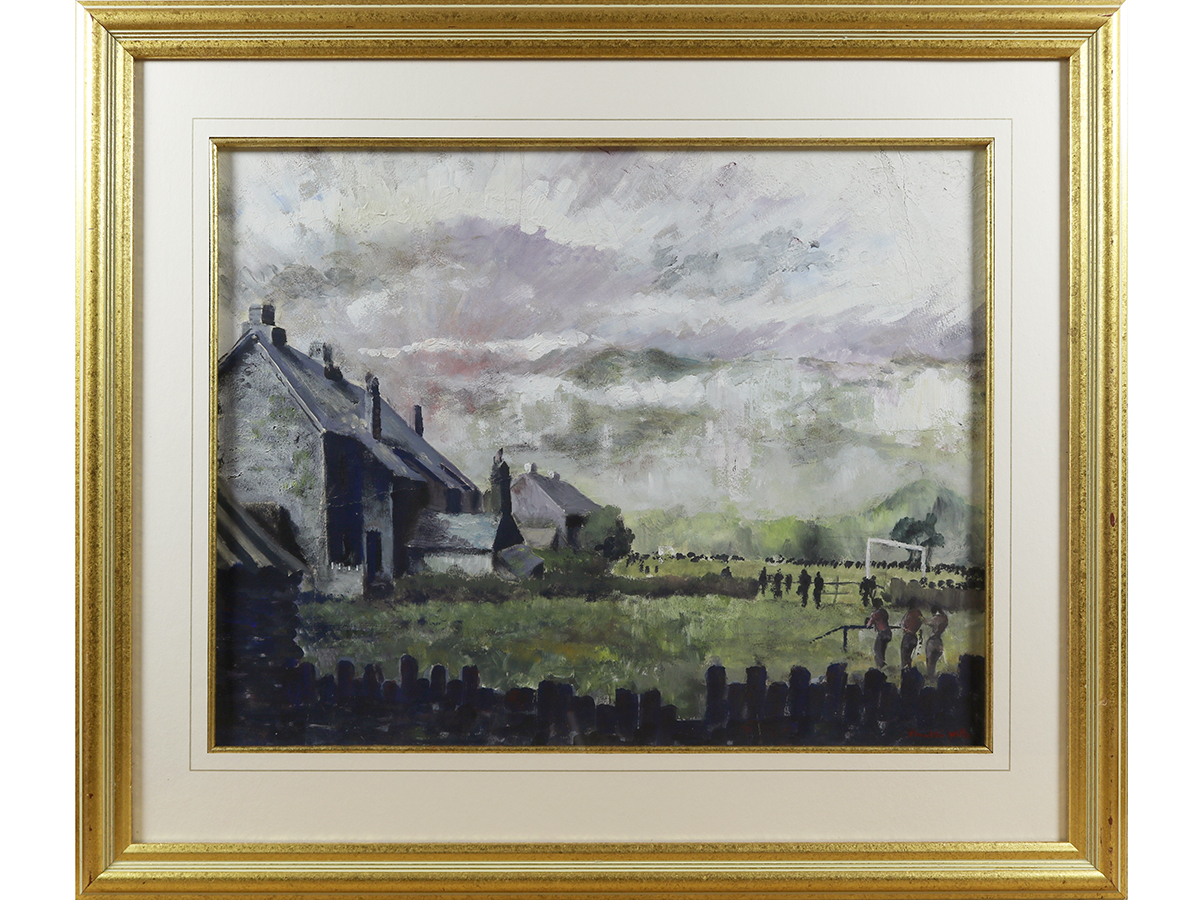 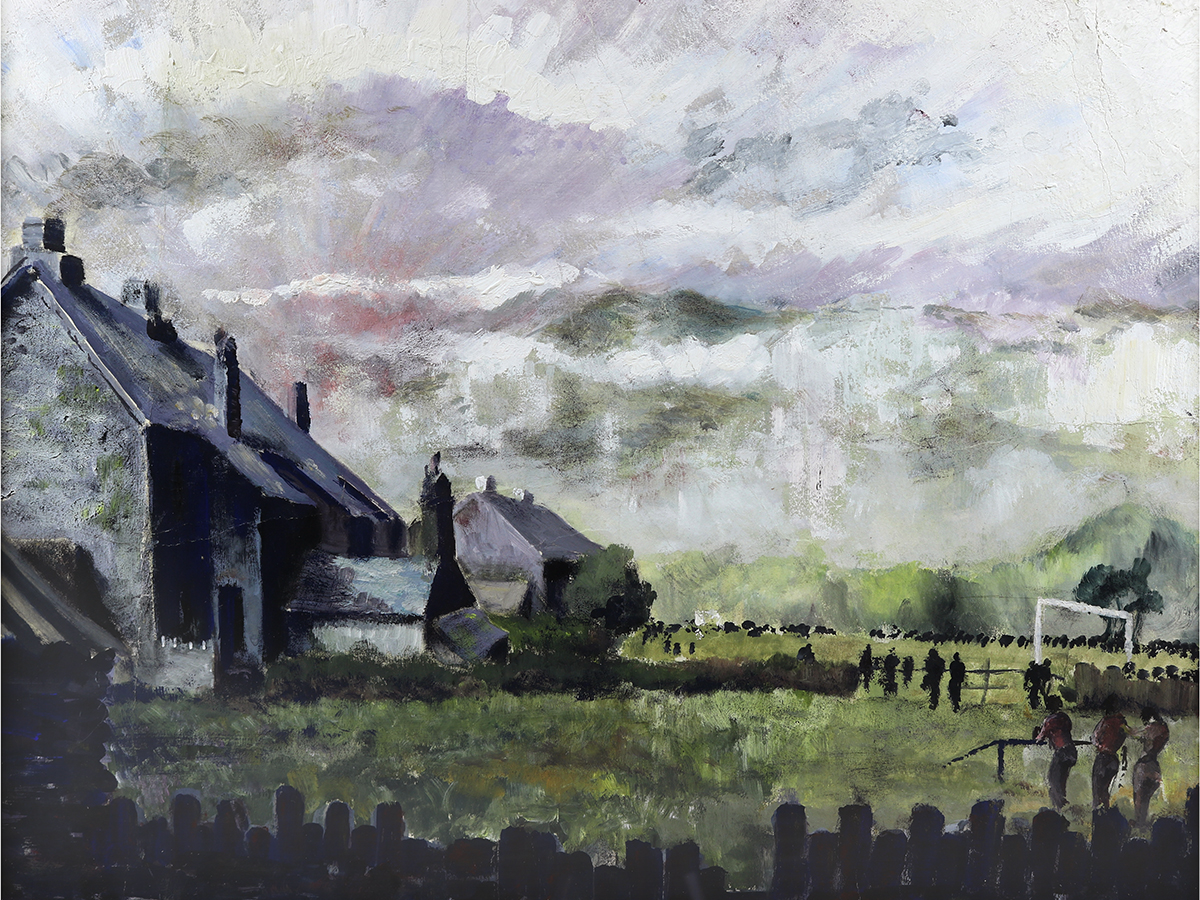 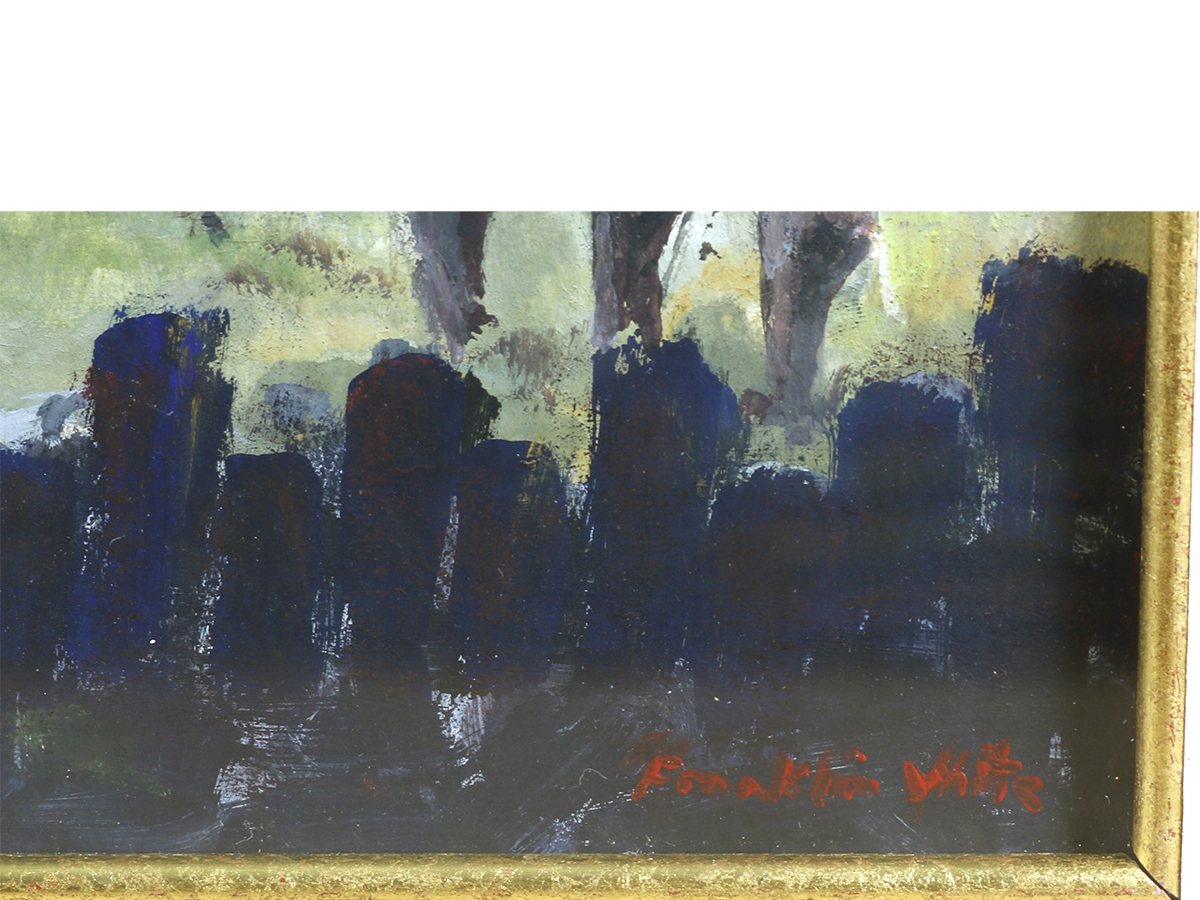 Vintage Oil on board of a village Football Match scene by this famous artist to the late Queen Mother. Presented in a gilt frame with cream / gilt mount. Signed by Artist bottom right.

Some wear to frame commensurate with age. Paper has some rippling / creases to it in areas