Gerry Blood was born in Nottinghamshire in 1932.

A fine sportsman and a gifted painter, he developed an interest in sporting art and exhibited in a sporting exhibition at the V&A in 1948 at the time of the White City, London Olympic Games.

He has exhibited at the RA and was elected a Fellow of the Royal Society of Arts in 1965. He was appointed official artist by the International Olympic Committee at the 1988 Olympics in Seoul.

He was nominated by the United States Sports Academy for the “Sports Artist of the Year” award in 1989.

Examples of his work are in many collections including The Museum of Olympic Art Lausanne, The National Gallery of Korea in Seoul and Nottingham Castle Museum Gallery. 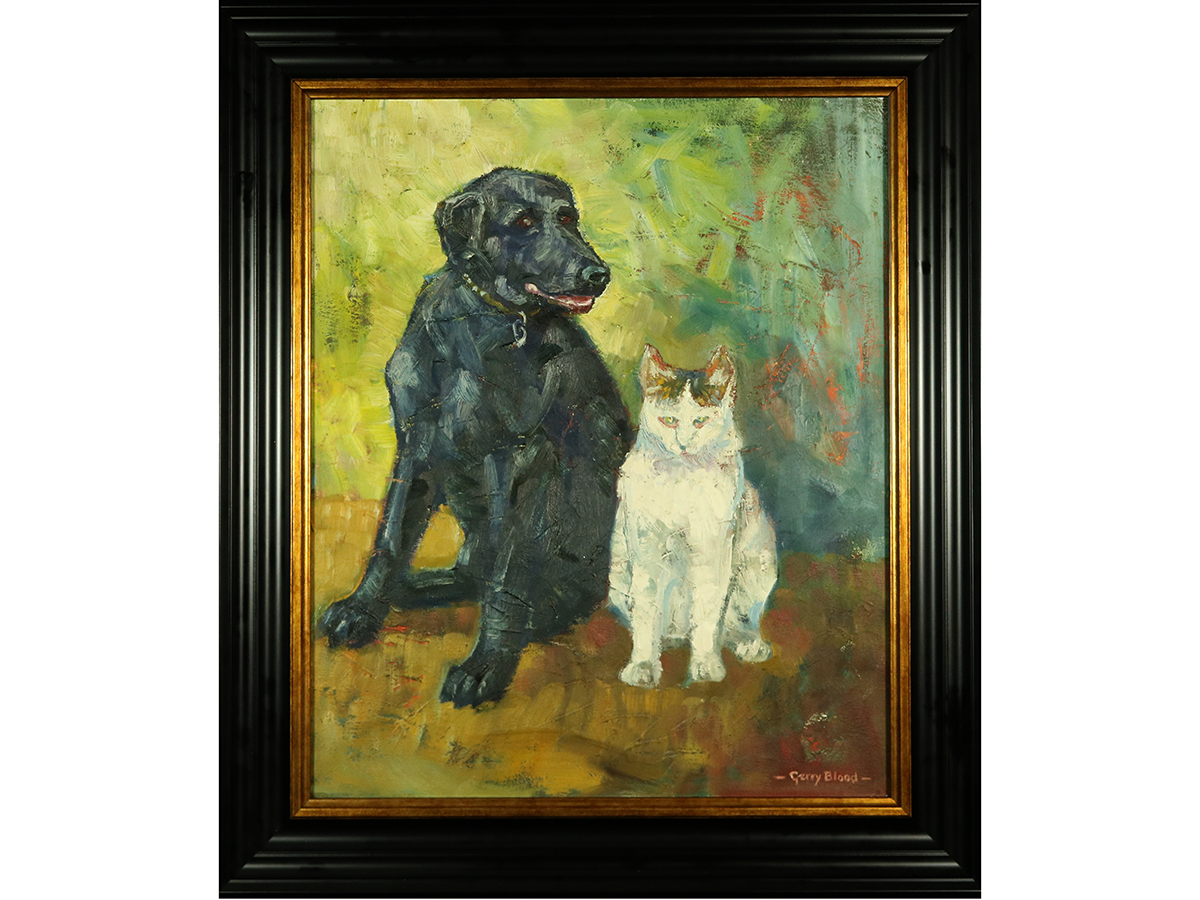 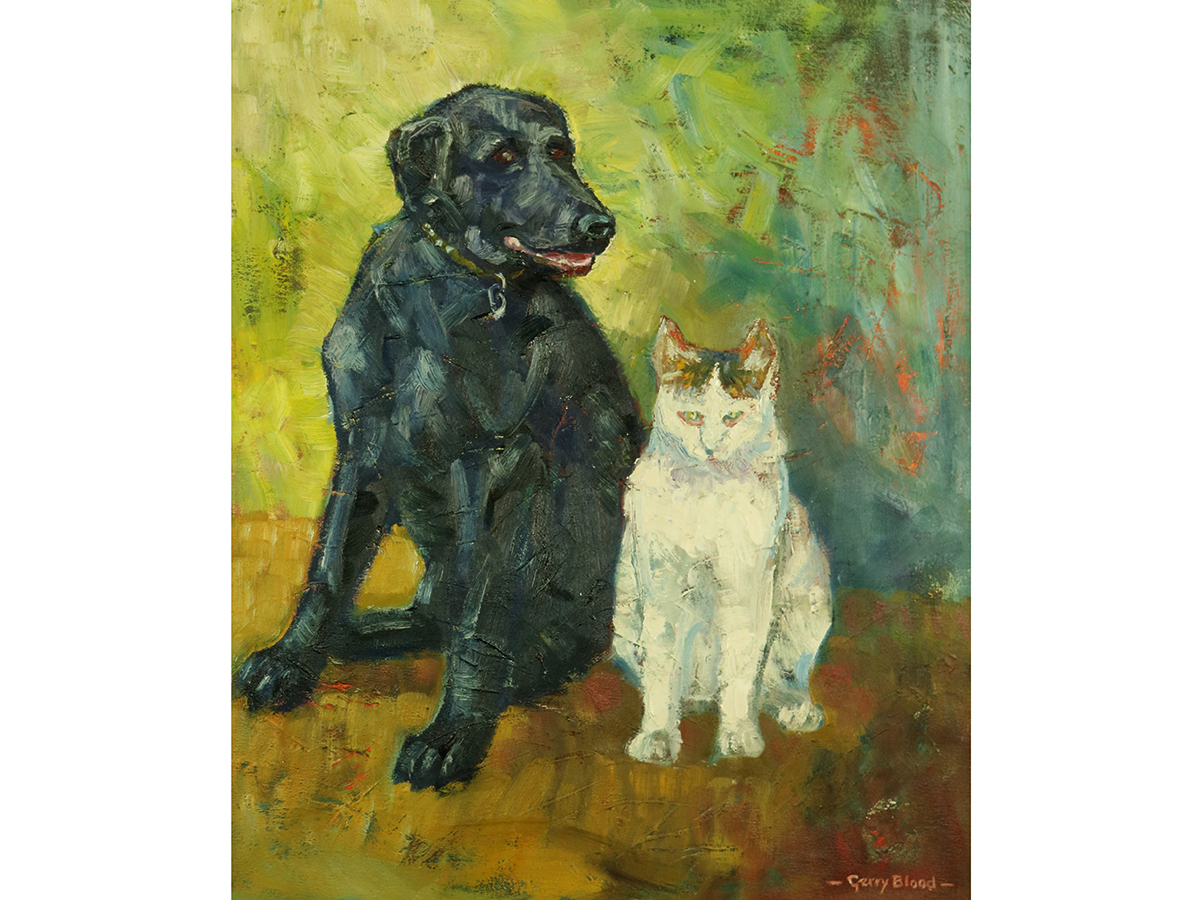 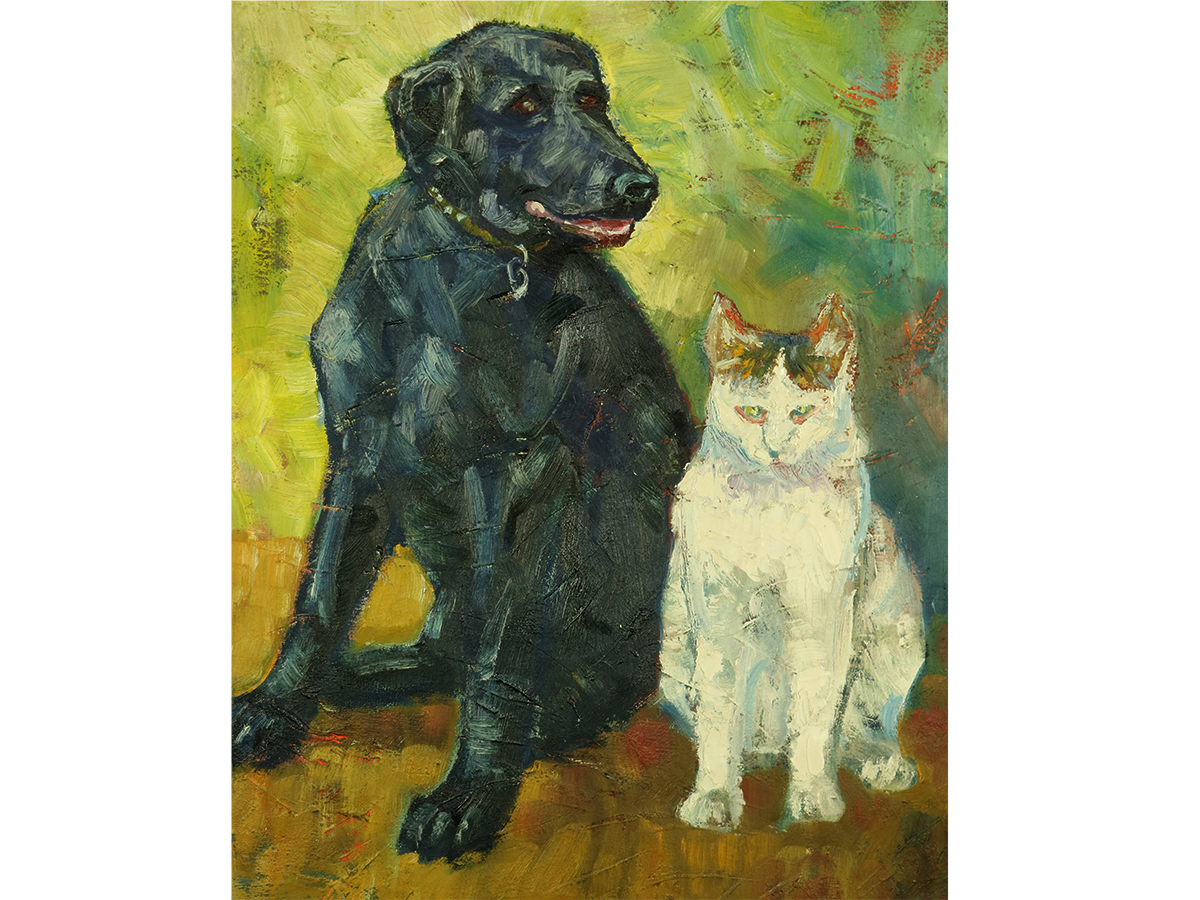 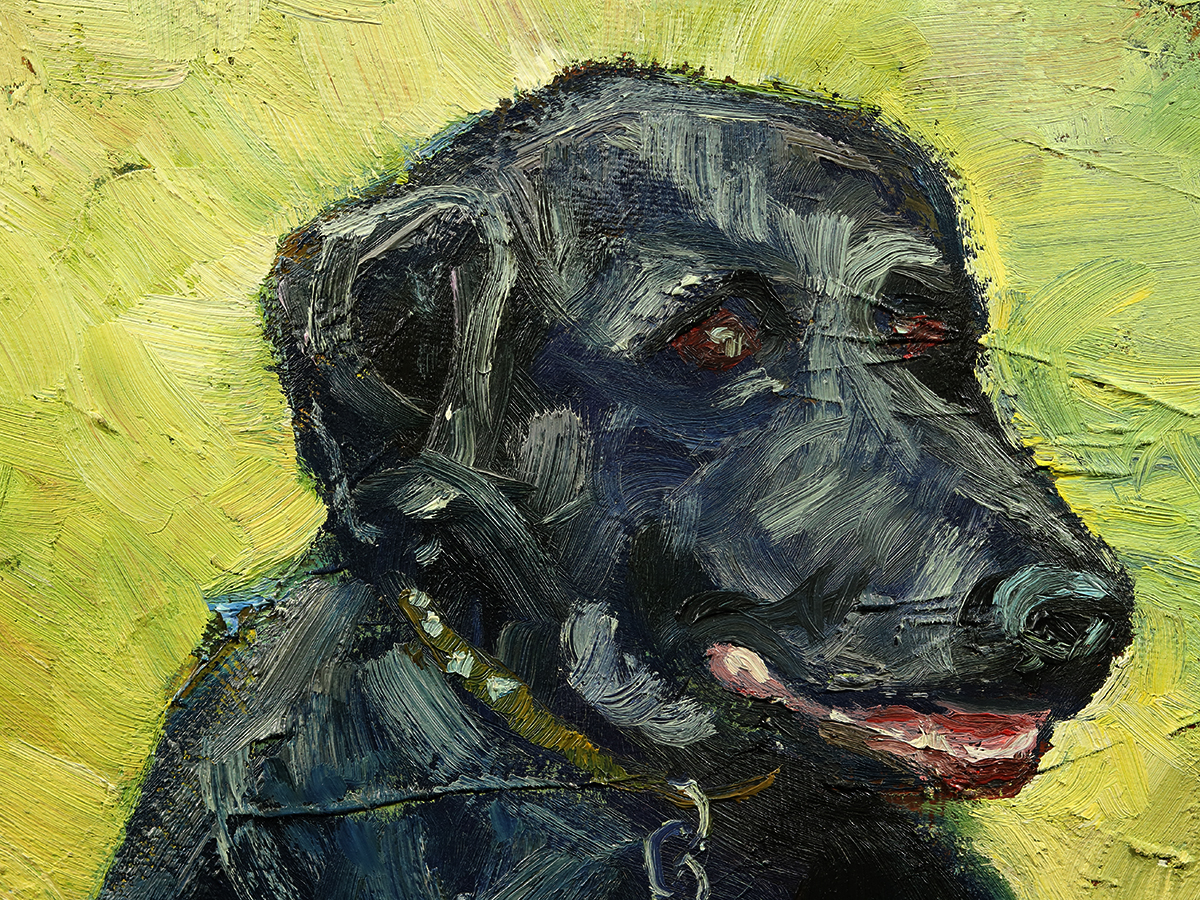 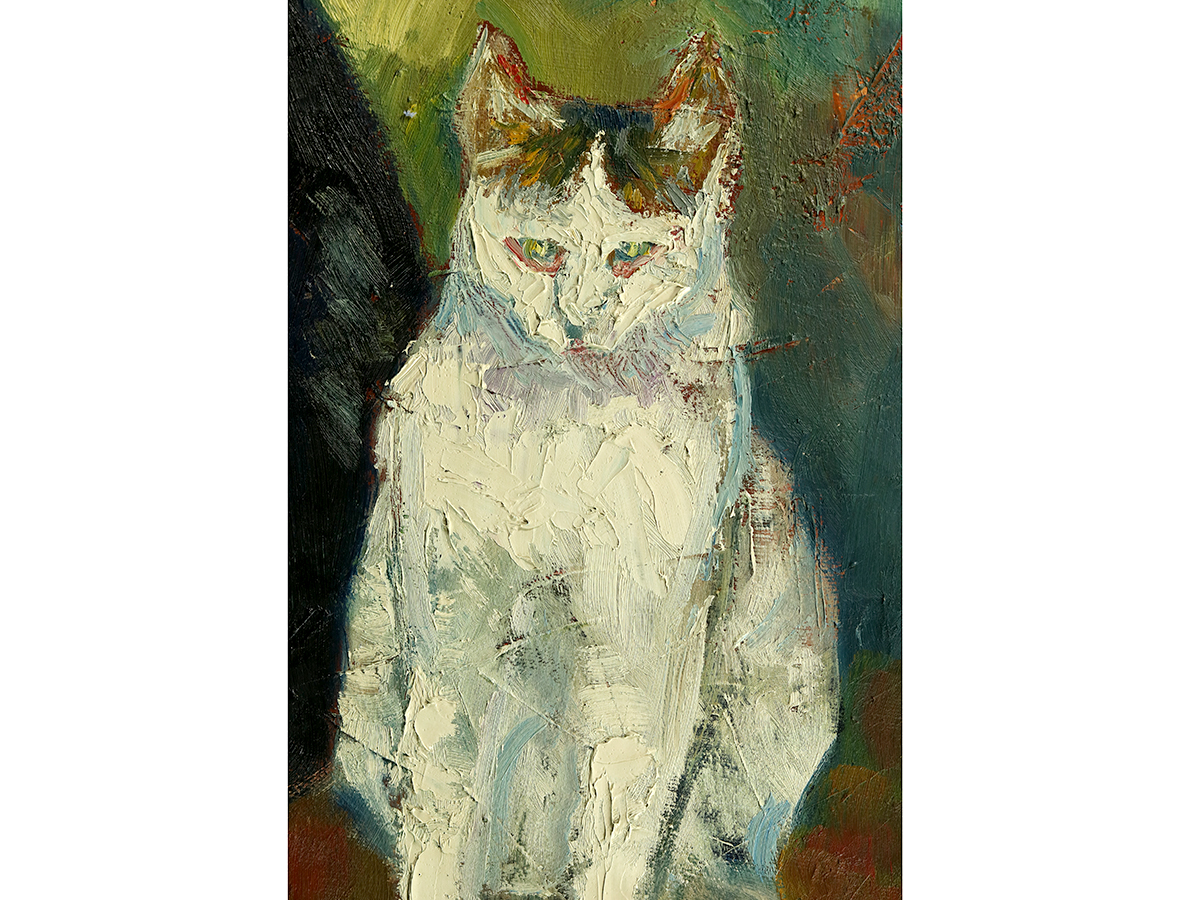 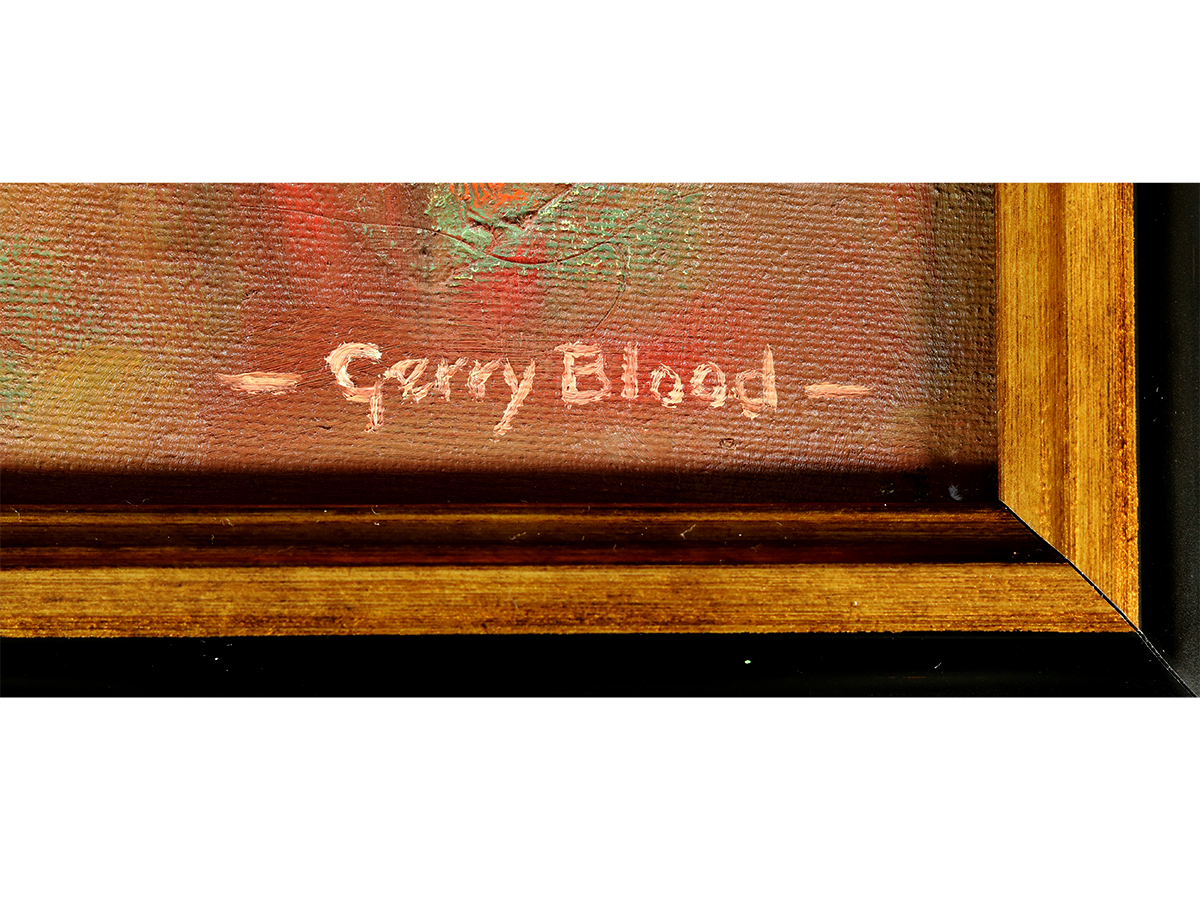 The Dog & The Cat

Oil on board, presented in black frame with bronze trim. Signed by artist bottom right.