Described by Sotheby’s of London as “the best, there’s nobody else to touch him”, Steven Dews is a man at the peak of his profession.

John Steven Dews is a maritime artist that was born in Yorkshire in 1949. The continued desirability and critical acclaim that his work achieves places him as one of the most successful living maritime artists in the world.

Following his graduation, Dews built up an astonishing portfolio for his first exhibition in 1976 and, on the exhibition’s first night, virtually his entire collection was sold. The following year he held an exhibition in San Francisco which also sold out. Since then, he has continued to exhibit at leading art galleries in London and around the world.

This acclaim is echoed in some remarkable prices achieved at auction for his work. In the Sotheby’s sale of Maritime Art in London on April 28th 1999, his original entitled ‘Off Cowes’, sold for a phenomenal price for a living marine artist. His current auction record is believed to be his spectacular canvas of the Battle of Trafalgar at Bonhams in 2012. This painting is one of the largest the artist has ever created, with dimensions of 40 x 66 inches, and took seven years to complete.

Steven Dews lives and loves the subject he paints. When he is not painting maritime scenes, Steven can be found on the sea himself, as he is a highly experienced yachtsman.

Steven brings his knowledge of sailing to the composition and detail of his paintings. This, together with a mastery of technique to capture wind, sea and sky has raised his work to be highly prized amongst collectors.

Many owners from around the world have commissioned portraits of their favourite yachts. He is now commissioned for several years in advance. 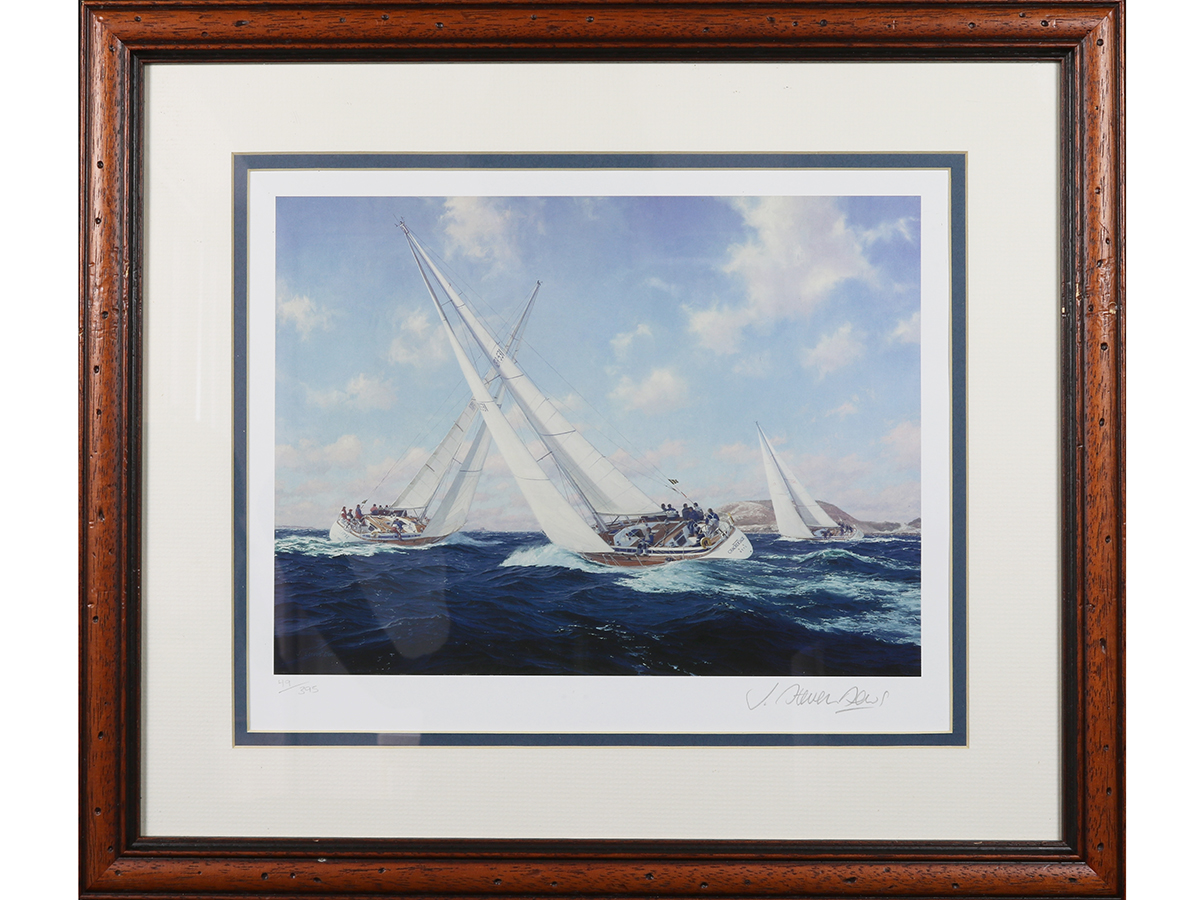 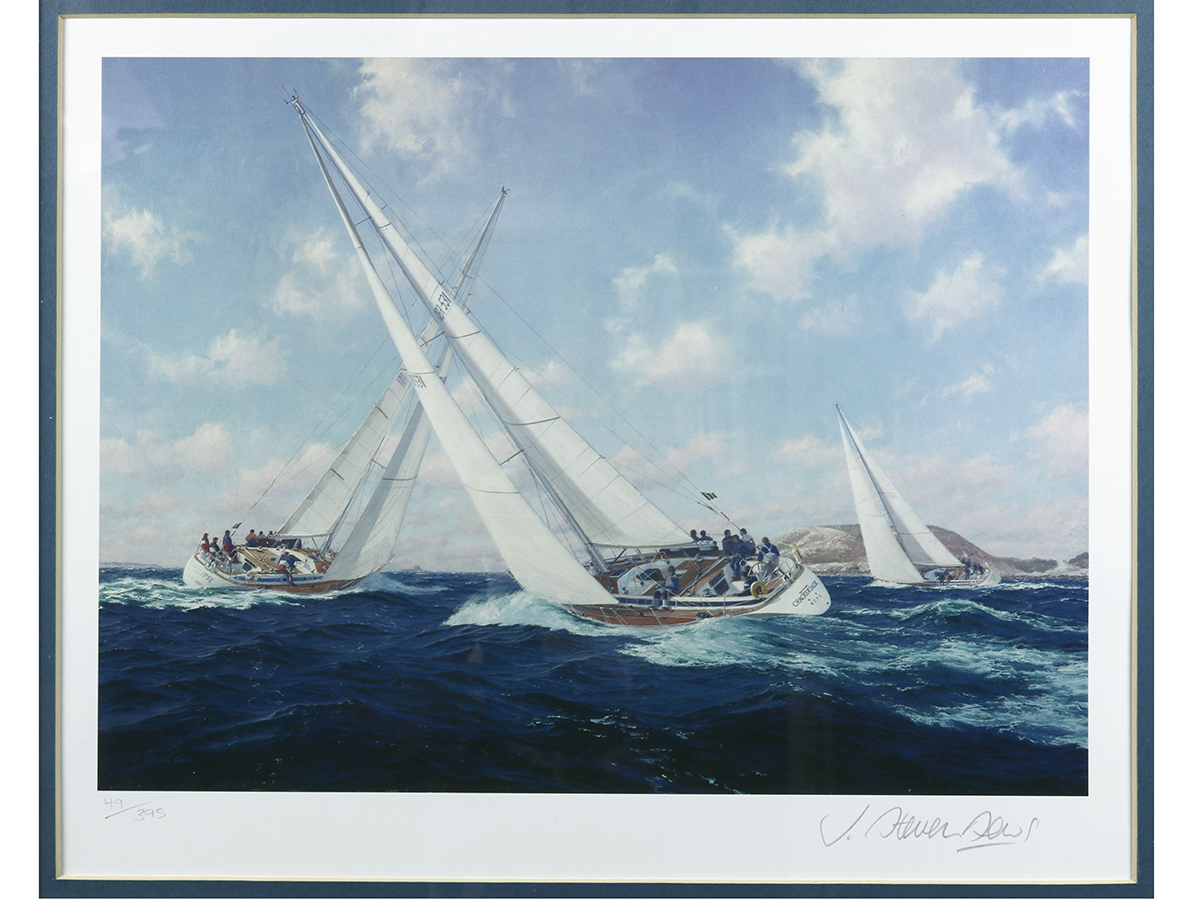 This painting by Steven Dews depicts the Swan European Regatta of 1993 and the sweeping deck lines and beautiful curves of the Swan 46s. In particular, the highly successful Swan 46, Crackerjack, owned by Mr Keith Miller, is seen closing on Eclipse as they sail for the mark on a course just south of Herm, in Guernsey.

Some age related wear to frame commensurate with age.
There is no certificate accompanying this print.