Steven Townsend was born in 1955, and lives in Lancashire, England. Uniquely, Steven is a 100% self-taught artist with an amazing talent and famous for his photorealistic paintings.

Pre the 1990s, Steven Townsend's artwork focused on landscapes and wildlife. In 1993 he joined Northern Editions art publishers and made the momentous decision to change direction and paint canine art. Through his canine art, Steven's name has become famous worldwide.

From the publication of his very first (large format) limited print 'Early Start,' his work continued to build in popularity. By July 1998, a print of two border collies 'Rarin' To Go,' became a sell out and entered the secondary market within 14 days, a first for a Limited Edition print.

His signed limited edition prints are now some of the most sought after work in the art market and are collectors' items, with his dog art nearly always selling out on publication.

Steven's religious faith is the foundation of both his artistic ability and dedication. Admirers of his work are often unaware that in every picture he paints the initials JTC (Jesus The Creator) appear, hidden in the painting and are an affirmation of his belief.

His career has recently come full circle, as some fantastic landscape and seascape images of Britain have been added to his limited edition range. 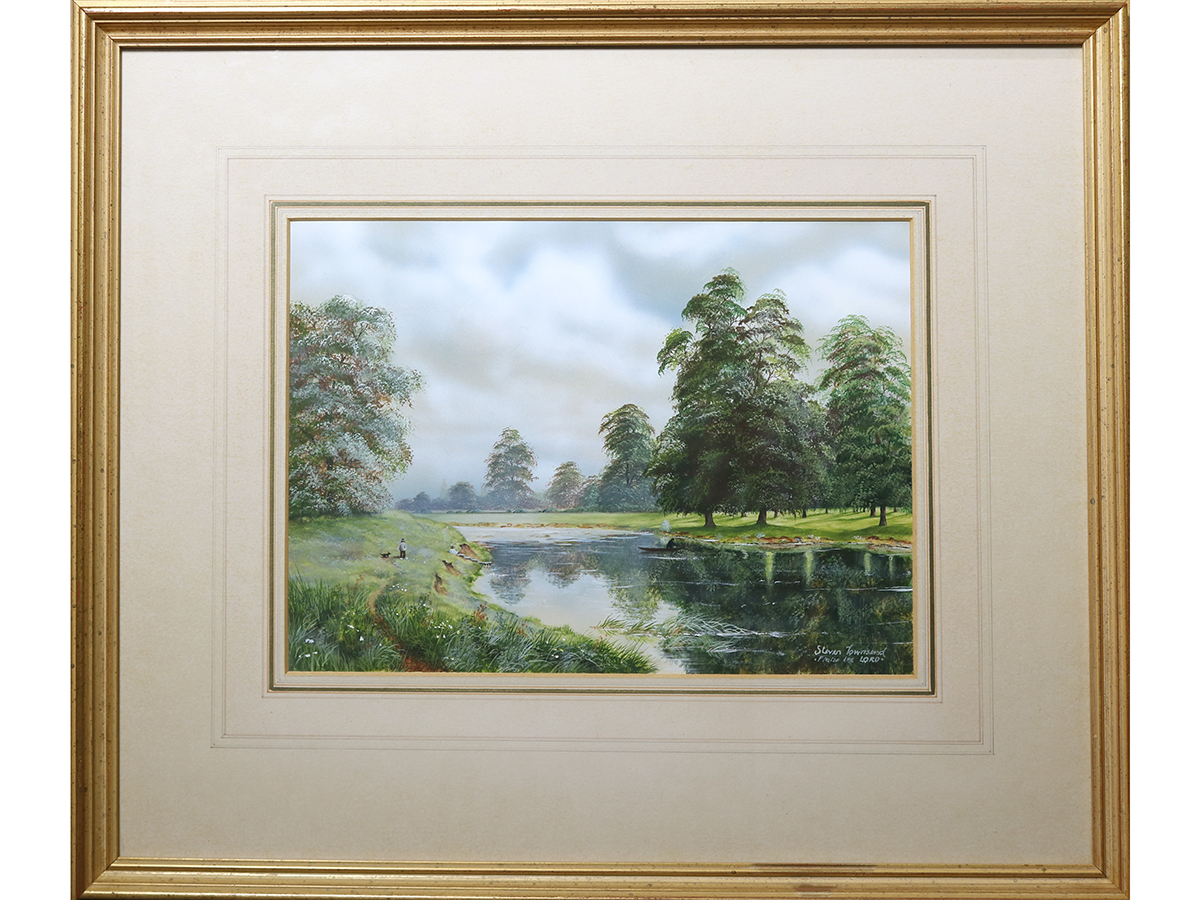 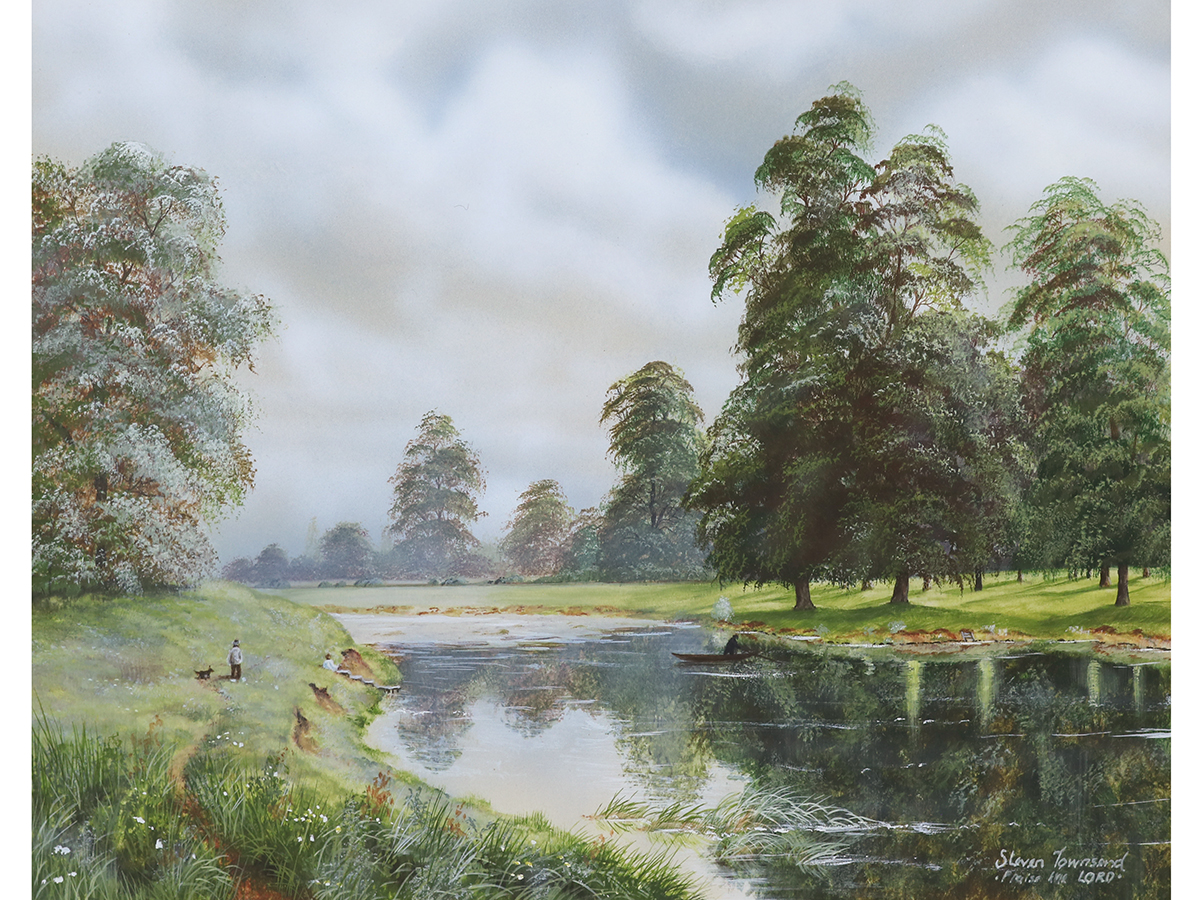 VERY RARE. Original paintings by Steven Townsend are very rarely available for sale on the open market. This is one of his early works. In original frame. c 1980's.