Internationally renowned artist Sandra Walker is regarded as one of the finest photorealist watercolourists in the world. She has travelled the world looking for subjects to photograph which will ultimately be turned into stunningly intricate and realistic compositions.

Her watercolours are represented in numerous public and private collections and embassies throughout the world.

She has won many international competitions, including the Singer and Friedlander/Sunday Times award for the best British Watercolour and the Grand Prix at the Tregastal Salon International de la Peinture á L Eau in France.

While living in America, she was commissioned by the United States Mint to design a Congressional medal honouring Simon Wiesenthal.

Sandra was also commissioned by Prime Minister Thatcher to paint the Houses of Parliament, copies of which have been sold worldwide to benefit the Thatcher Foundation.

She has had solo shows in India, Sri Lanka, Egypt, France, Italy and Mongolia. In 1999, Sandra was elected a member of the prestigious Royal Institute of Painters in Watercolour, an exclusive membership of 60 of the most important British watercolourists. 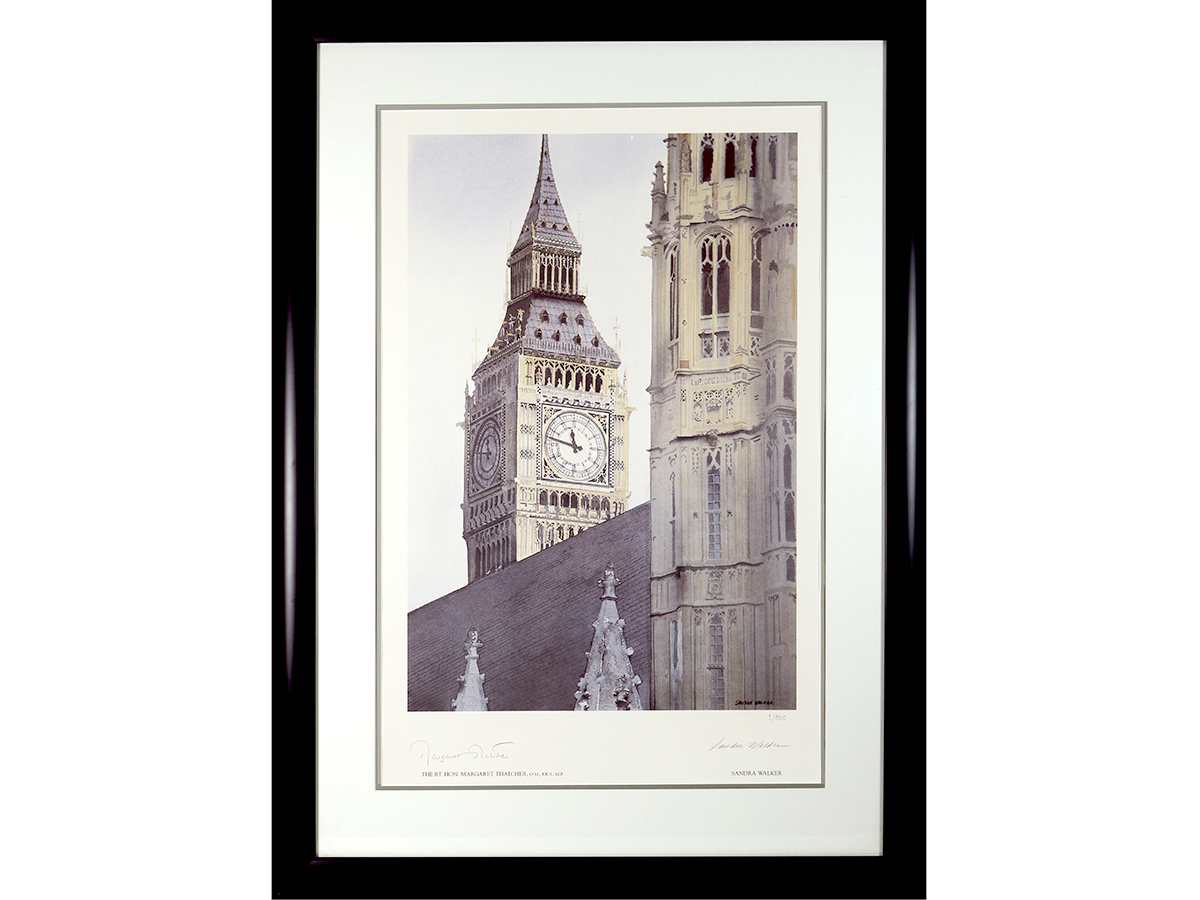 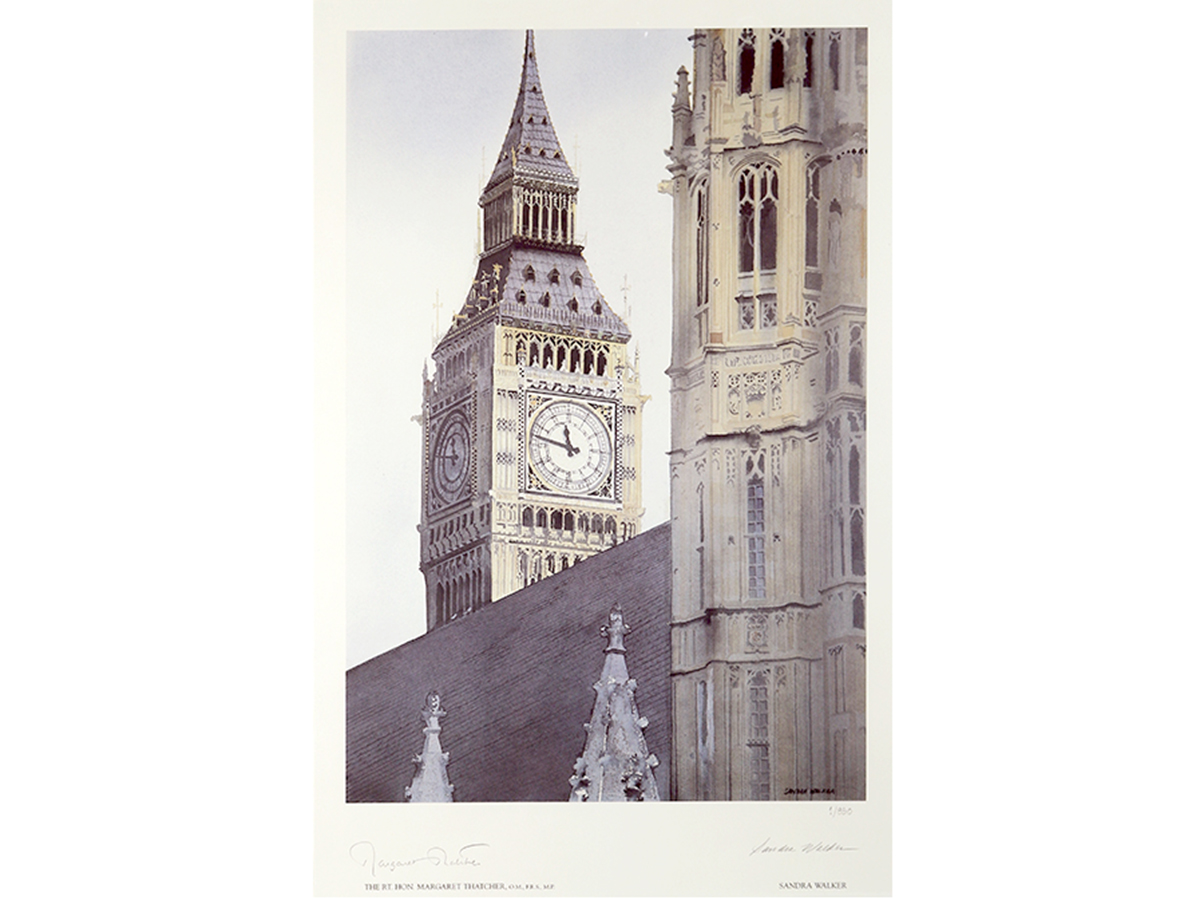 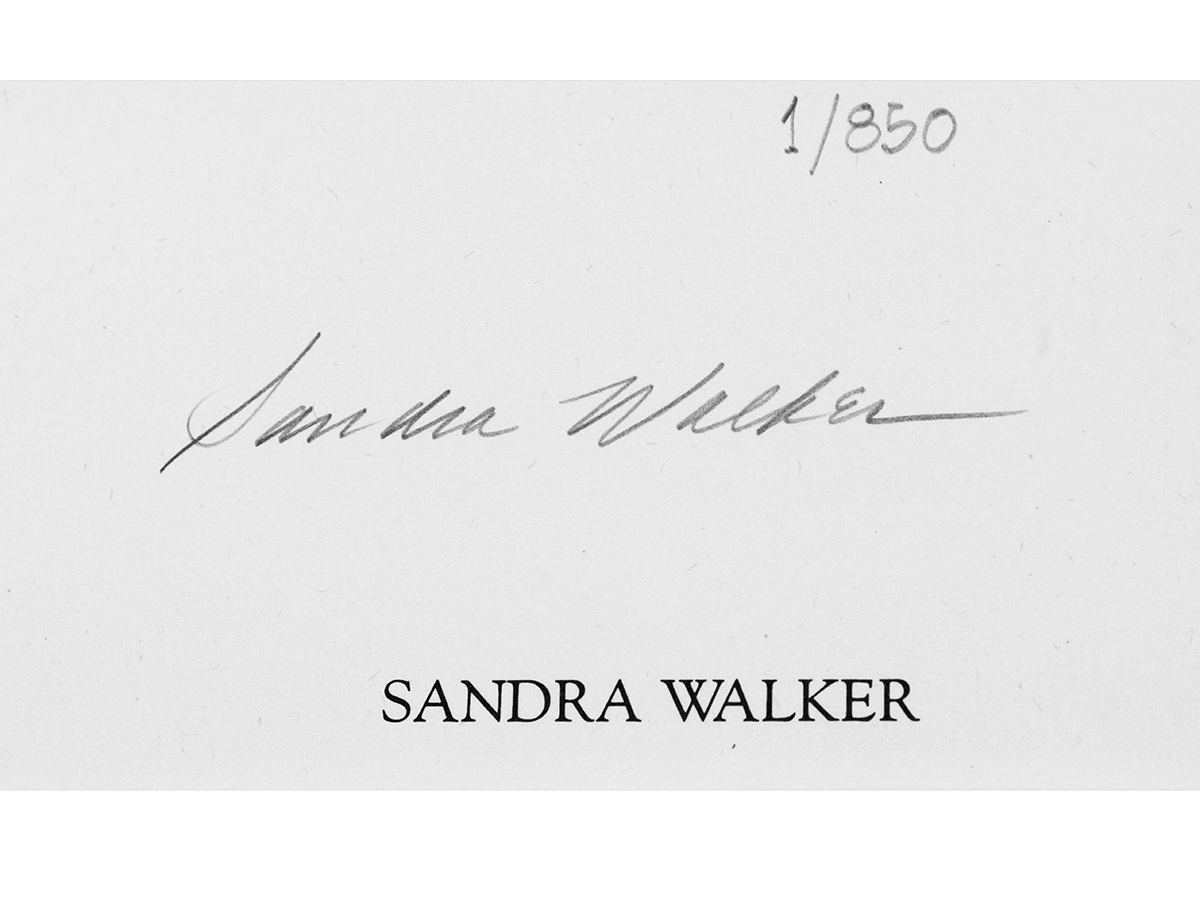 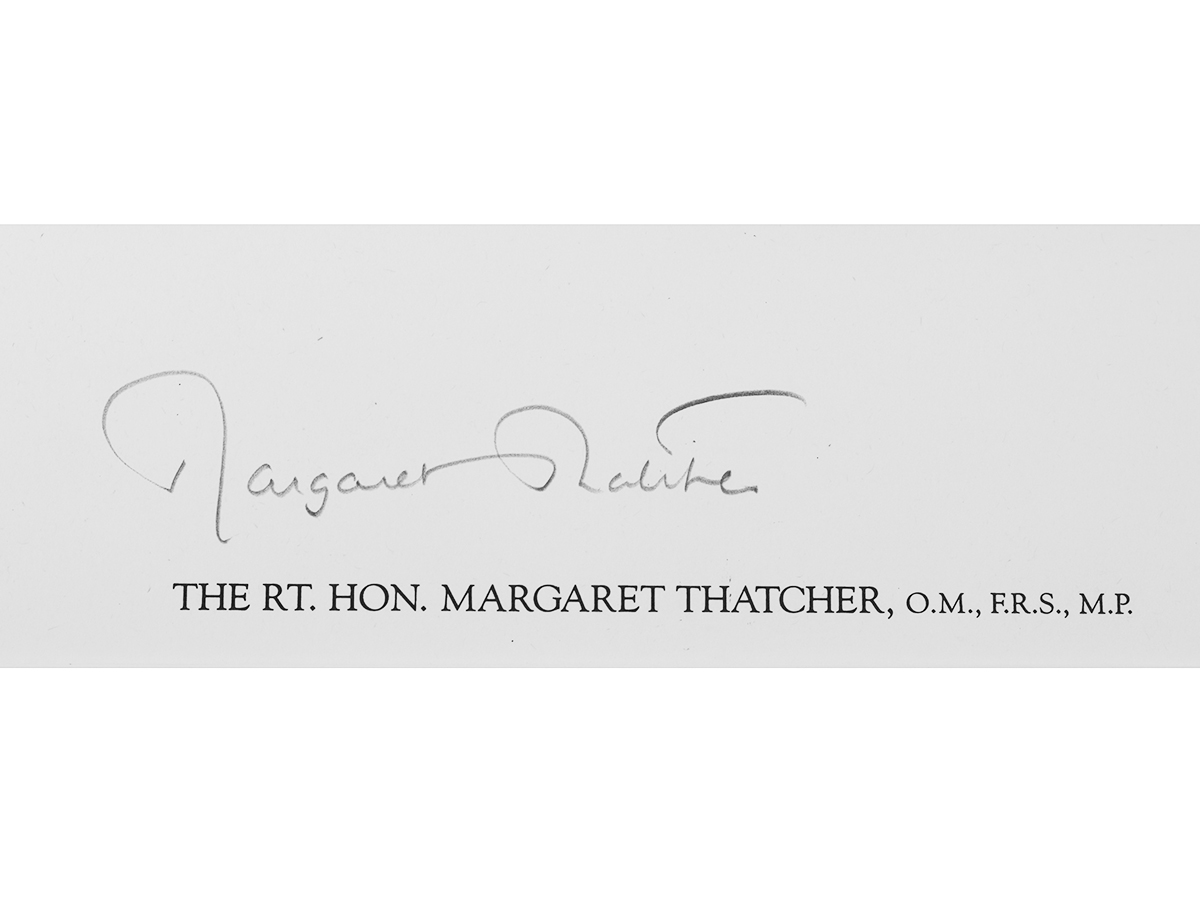 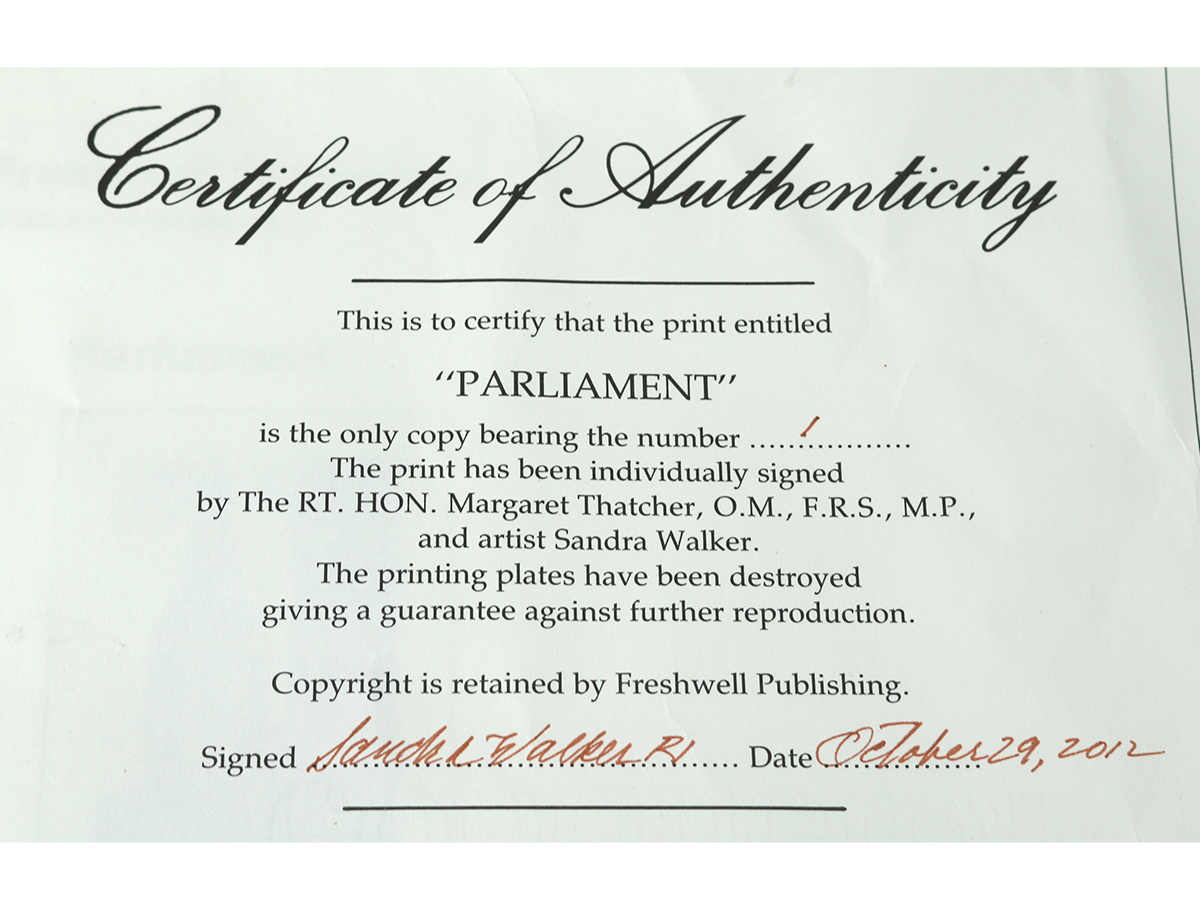 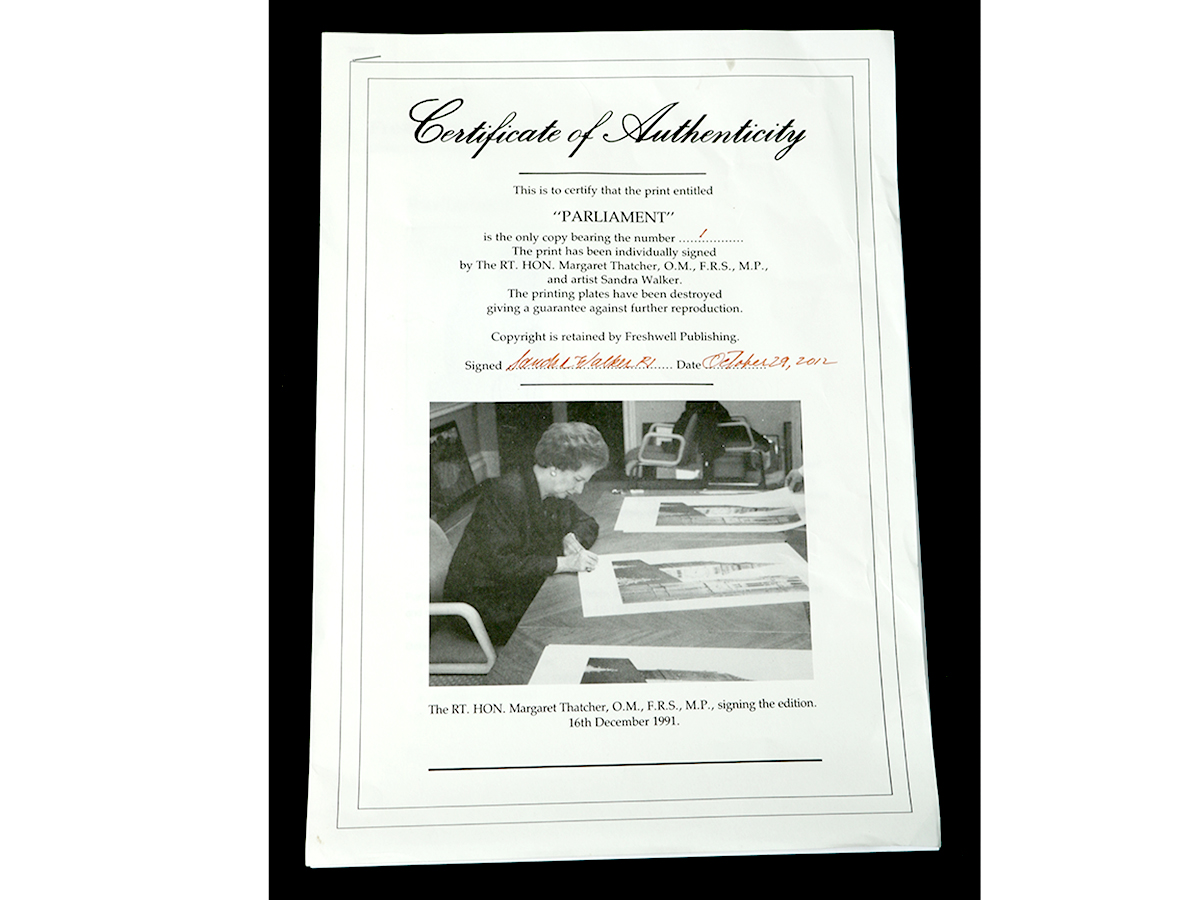 Limited edition signed print entitled ‘Parliament’ by artist Sandra Walker. Signed in pencil by the artist and countersigned by Margaret Thatcher. The original painting was produced by Sandra Walker and is owned by the ‘Thatcher Foundation’. Print is presented in matt black frame with white / grey double mount. Complete with certificate of authenticity and accompanying information.