Simon Bull (born in March 1958) is an English-born artist now living in America.

Simon Bull was born in Bedfordshire, England. The second of four children. His father, Ian Bull served as an officer in the Royal Army Chaplains’ Department of the British Army. Ian’s extensive military postings stationed the family around the world in Guyana, Hong Kong, Germany, and Northern Ireland. Simon went to boarding school in Yorkshire, attending Ripon Cathedral Choir School from 1965-69 and in Surrey, at the Royal Russell School from 1969-1976. In 1976 he took a one year Foundation course at Gloucestershire College of Art and Design and went on to graduate in 1980 from Leeds Polytechnic with a BA (Hons) degree in Fine Art. He studied printmaking and Fine Art under Norman Webster RE and Norman Ackroyd RA. His time at Leeds was marked by his interest in and study of the masters, such as Henri Fantin-Latour, Jean-Baptiste-Siméon Chardin, and Rembrandt; he wrote his dissertation on watercolorist John Sell Cotman. In his graduating year he exhibited his etching “Jackie” at the Royal Academy Summer Exhibition and his works were acquired by Leeds City Art Gallery.

His professional career began at the age of eighteen, with his first one man show in Hong Kong in 1976. He has since held exhibitions throughout Great Britain, in Amsterdam, Paris, Bologna Italy, Dubai, Japan, Hong Kong and throughout the USA.

He has been represented by some of the largest publishers and art distribution companies in the art world, including in the UK, London Contemporary Art and DeMontfort Fine Art; as well as in the USA with Media Arts Group. He is currently represented by Park West Gallery, the world’s largest independently owned art dealership. Park West showcase Bull’s work on cruise ships worldwide including: Royal Caribbean, Celebrity Cruises, Holland America, Norwegian Cruise Lines, Carnival, The Yachts of Seabourn and Windstar Cruises.

In 2009 he was commissioned to paint US President Barack Obama by boxing legend Muhammad Ali. His two joint portraits of Barack Obama and Muhammad Ali were unveiled at the Kentucky Bluegrass Ball on the eve of the Presidential Inauguration in Washington DC by actress Ashley Judd.

The focus of his early work was the natural world, with an emphasis on the landscape, flowers, farm animals and pastoral scenes. He employed the plein air method of working and traveled extensively throughout Britain, the Mediterranean and Asia, documenting and depicting what he saw in a clear naturalistic way.

He gained recognition early on in his career for his detailed etchings and watercolours, but in the early nineties the artist developed and began using bold colours and a more gestural painting style. This transition signalled a major turning point for Bull who has since been characterised as a colourist.

It was during this time that he developed a method of combining etching, aquatint, acrylics, pastel and gold leaf to create a series of images that were to become commercially very successful in Great Britain, Germany, Spain, Holland, Belgium and the US. Culminating in the Fine Art Trade Guild Artist Print Award in the UK for the year 2000.

By the late nineties the artist was beginning to work on a larger scale, using oils and then acrylics. Drawing inspiration from his garden, he embarked on a series of intensely coloured large close up images of flowers that were first showcased at a sell out One Man show in Harrods, London.

With the advent of giclee printing and the emergence of a strong North American market for his work after the year 2000, he shifted his emphasis to works on canvas. By 2007 he was moving away from the bold floral imagery that had defined a decade of his creative life and was experimenting again with new ideas; this time pouring, dripping and throwing paint onto canvas and board, often using black backgrounds and startling colours.

Bull received many awards for his works, including multiple National Association of Limited Edition Dealers awards for Graphic Print/Lithograph of the Year. In 2003 he made history by becoming the first British artist to win the NALED award for his print “The Journey Never Ends”, usurping former nine year title holder Thomas Kinkade and again in 2004 for “Bird of Paradise”. He was also honoured in 2004 with the NALED Medal of Honor for artistic services to the limited edition industry.

In 2002 he was selected along with fellow artists Thomas Kinkade and Howard Behrens to commemorate the 2002 Salt Lake City Winter Olympics. These works were unveiled at an event in New York City in the Spring of 2002 by Donald Trump. In a written statement at the same event, New York City Mayor Rudy Giuliani claimed Simon Bull to be “One of the most popular and collected living artists of our time” and his work was labeled as “a breath of fresh air” by the New York Daily News.

Increasing interest in his work among American collectors led him to immigrate to the US in 2003. He currently lives and paints from his studio in the Monterey Bay area of California. He became an American Citizen in 2011. 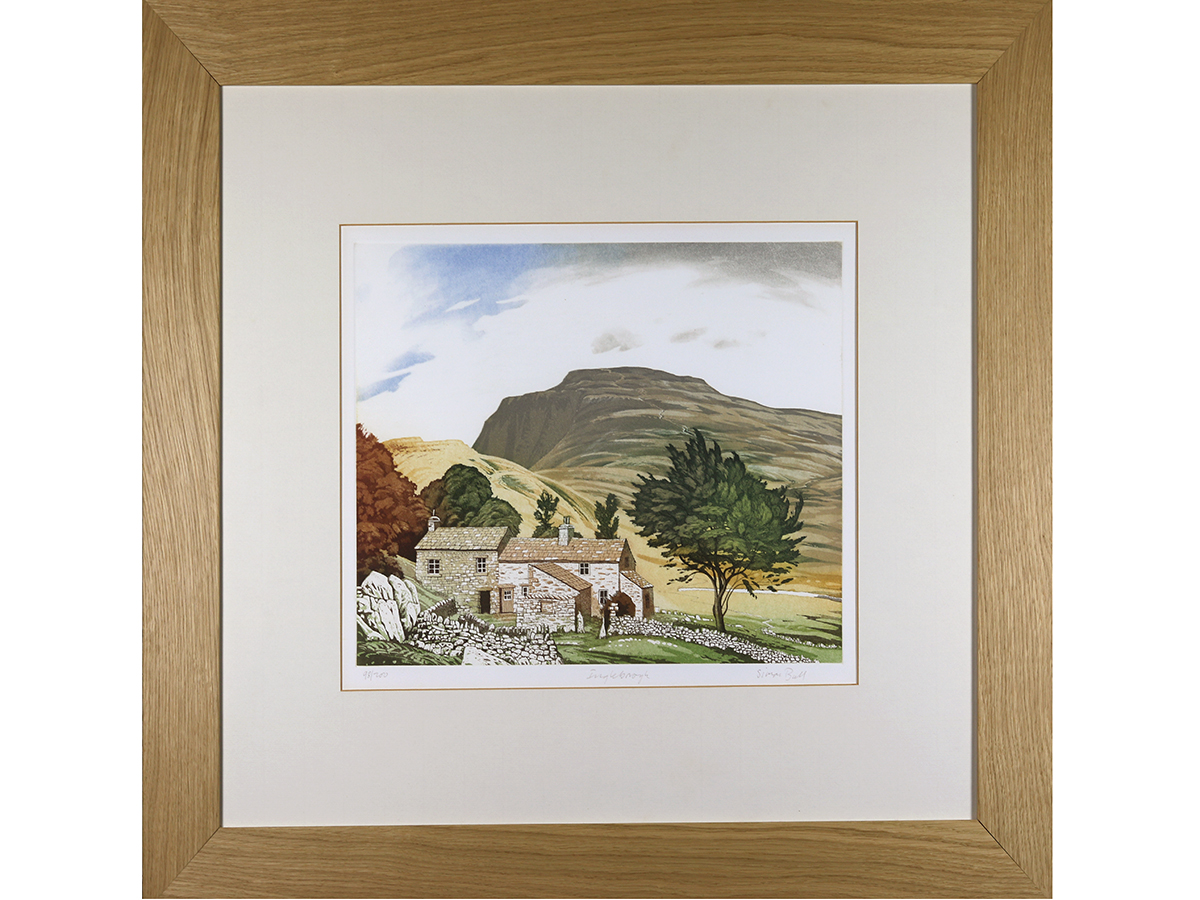 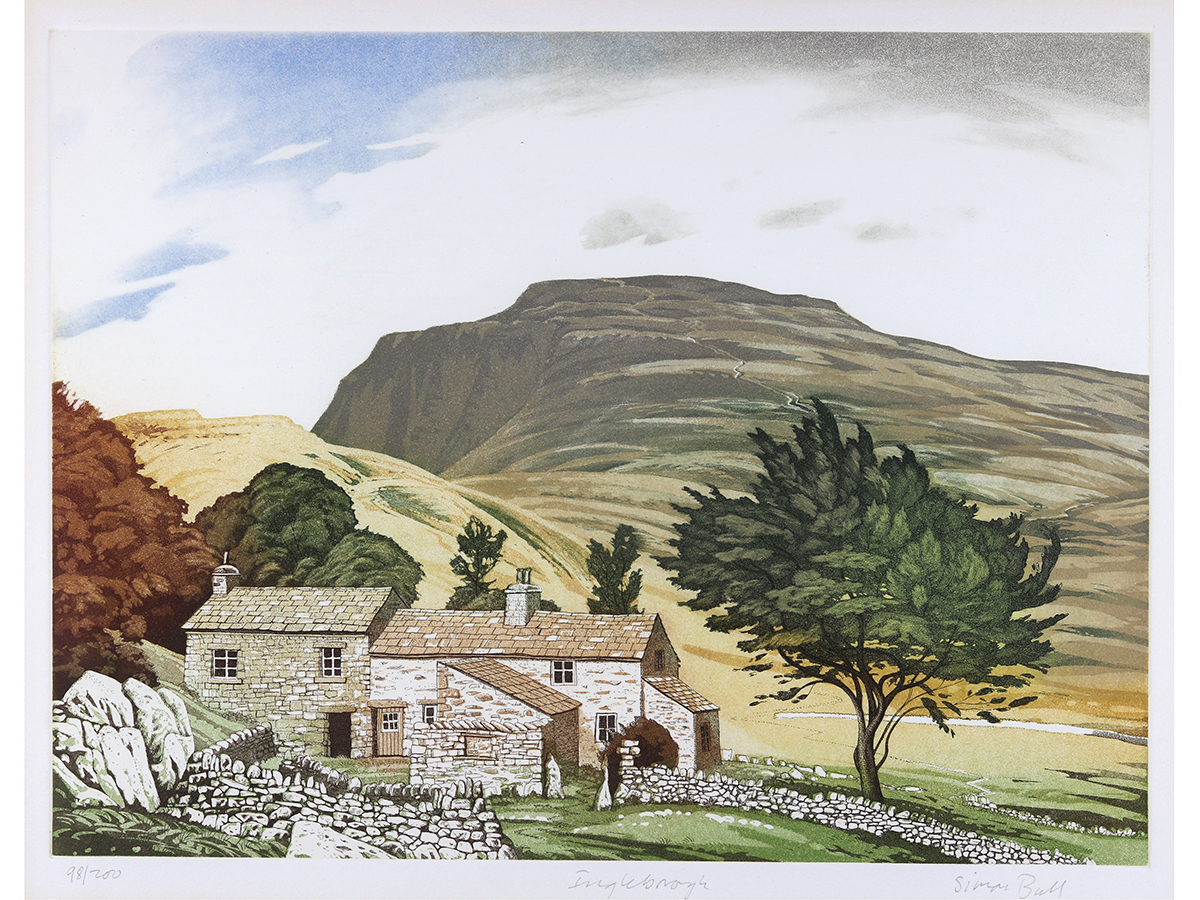 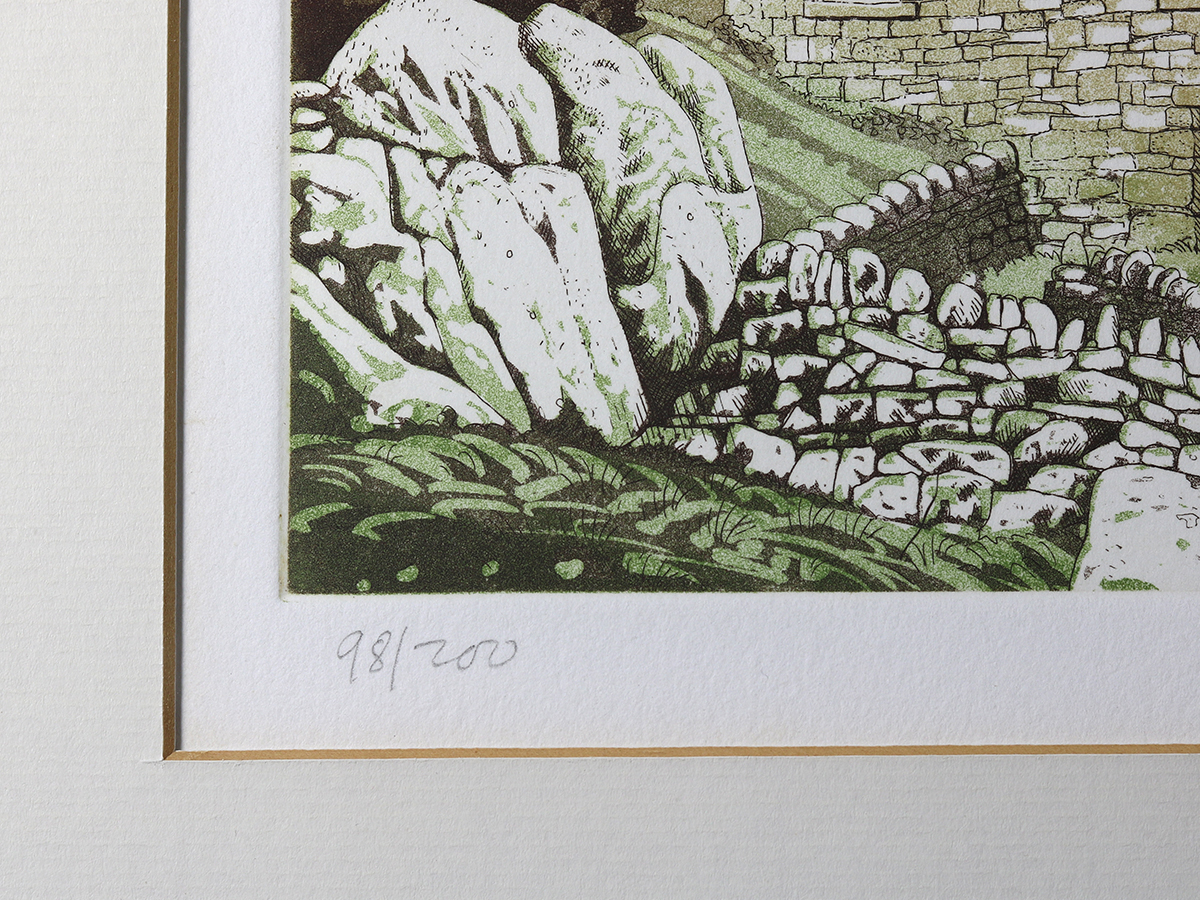 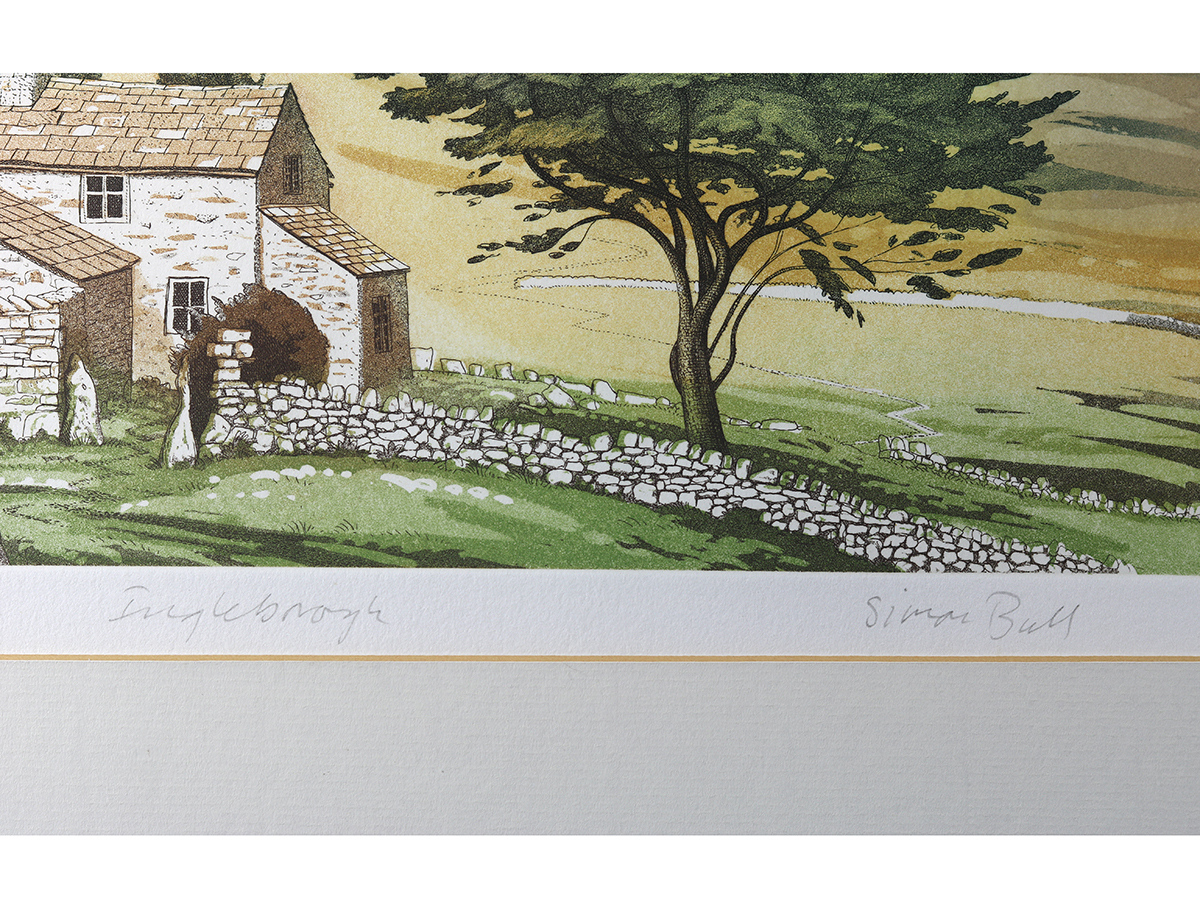 Produced in early 1980's. Recently reframed and ready to hang.