Douglas Houzen Pinder was a painter in watercolour, and sometimes oil, of coastal views, moorland landscapes and desert scenes who was born in Starkholmes, Matlock, Derbyshire on 11th October, 1886. His mother was a school teacher in Newquay and in the early 1900s Douglas Pinder was articled to a local architect but later turned to painting full time. After the First World War, in which he was a conscientious objector, he was sponsored to visit Egypt where he painted a number of desert scene during his stay in Port Said. Douglas Pinder lived for many years at Horrabridge, Devon, and from about 1940 at 80 Fore Street and later 79 Mount Wise, Newquay, Cornwall.

While living at Horrabridge he painted some moorland scenes and these are usually signed 'Ben Graham'. He is also believed to have used the pseudonym 'A. P. Shepherd'.

He was married to his wife Edith for 41 years, but after her death in early 1949, he remarried Gladys Selina Richards, just weeks before his own death on 14th November, 1949. According to the Probate Registry, he left some £1739, which would have been quite a considerable sum at that time.

He did not exhibit regularly but he did have a view of Polperro shown at the Plymouth Art Society in 1950 after his death. His early work is signed D.H. Pinder and the later works Douglas (H) Pinder in a printed script. 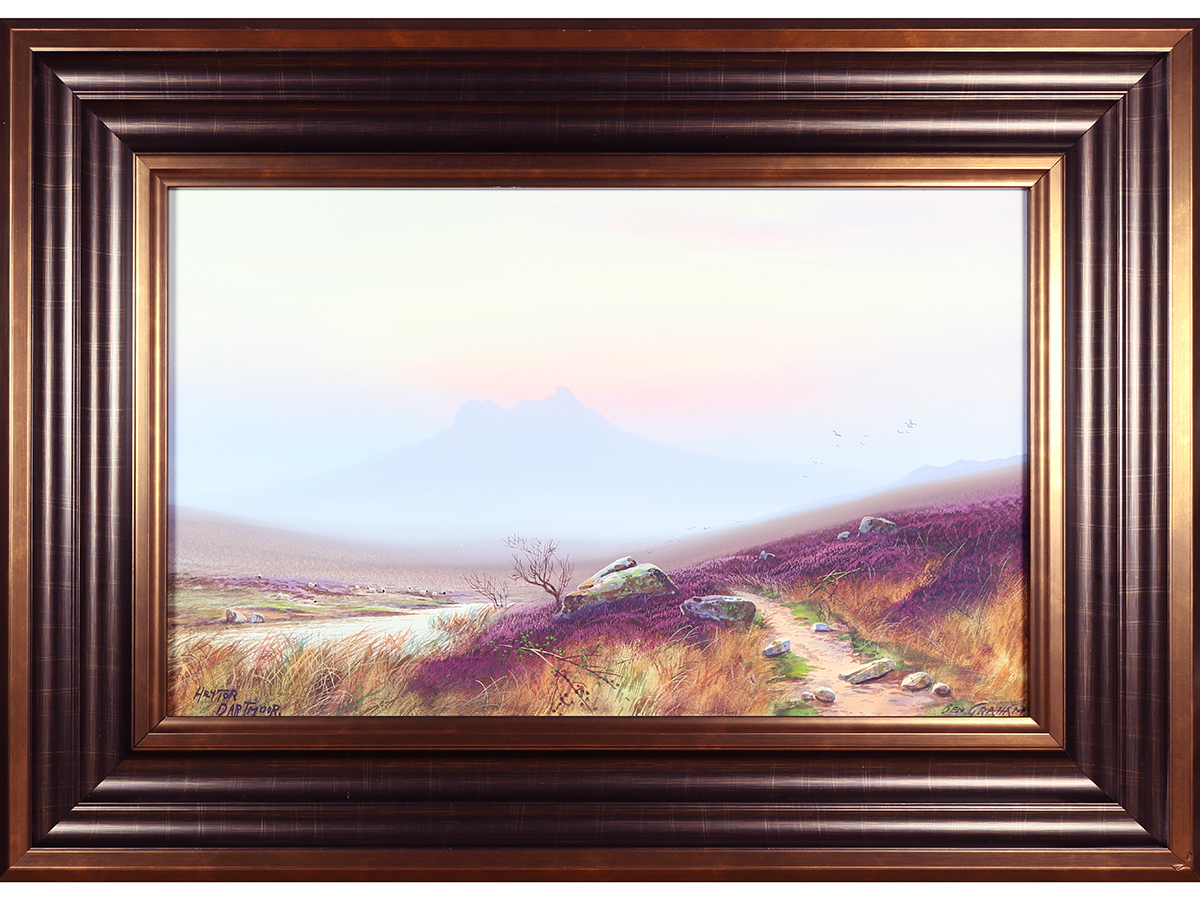 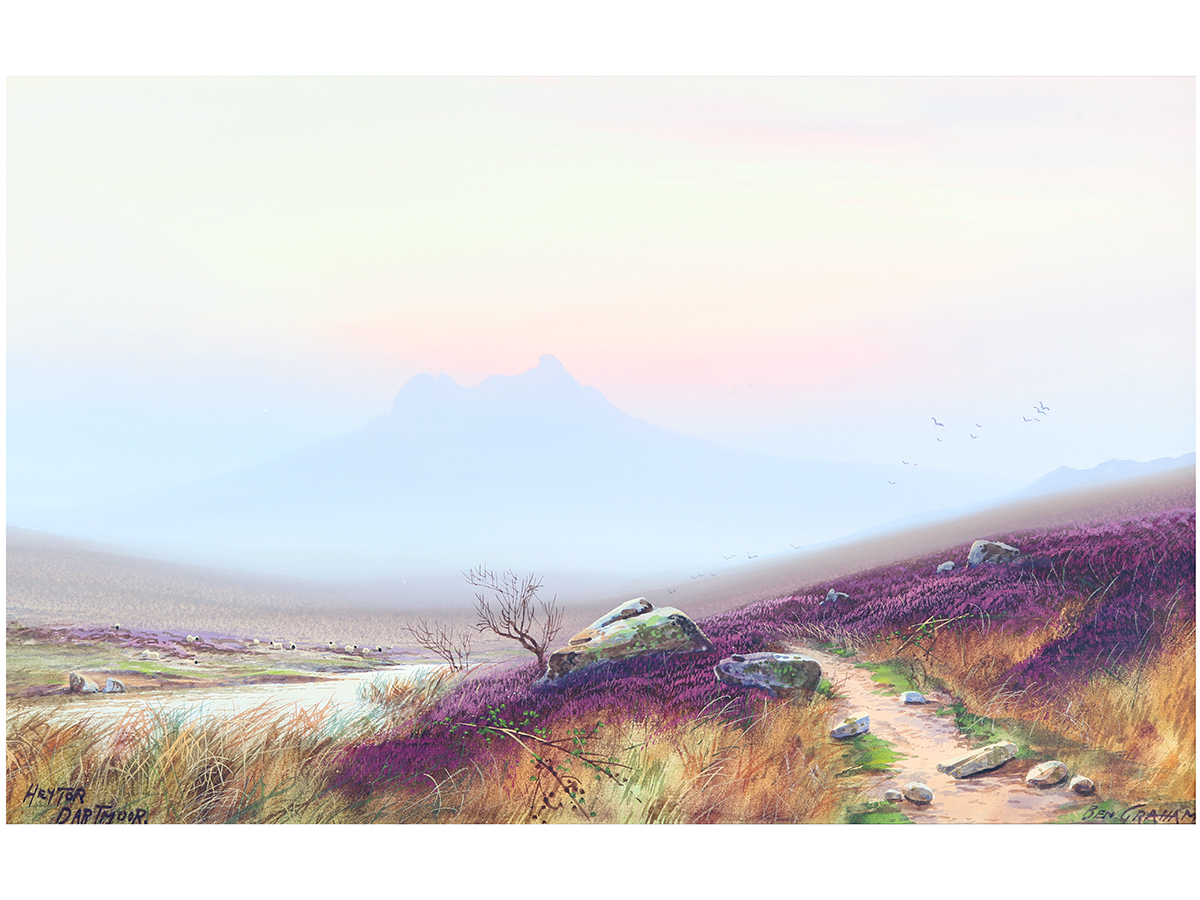 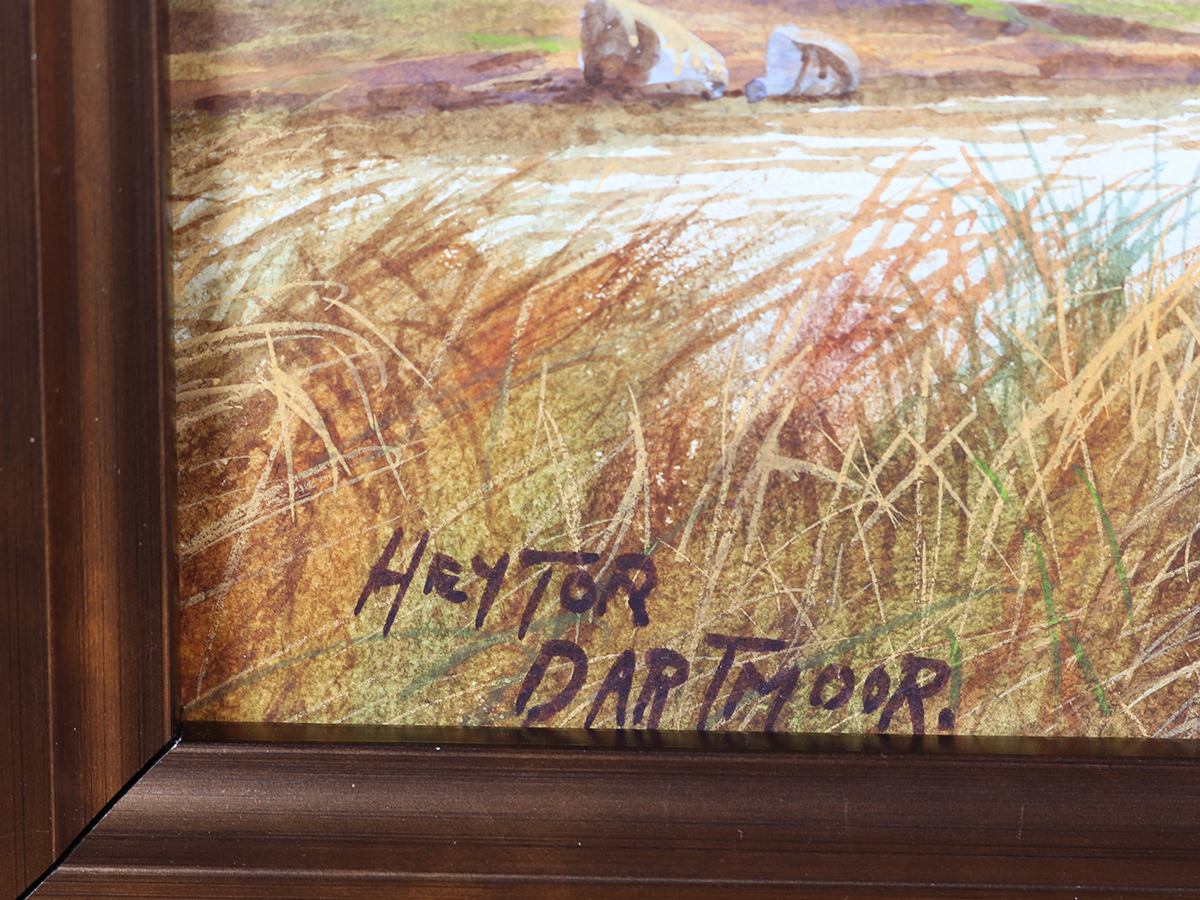 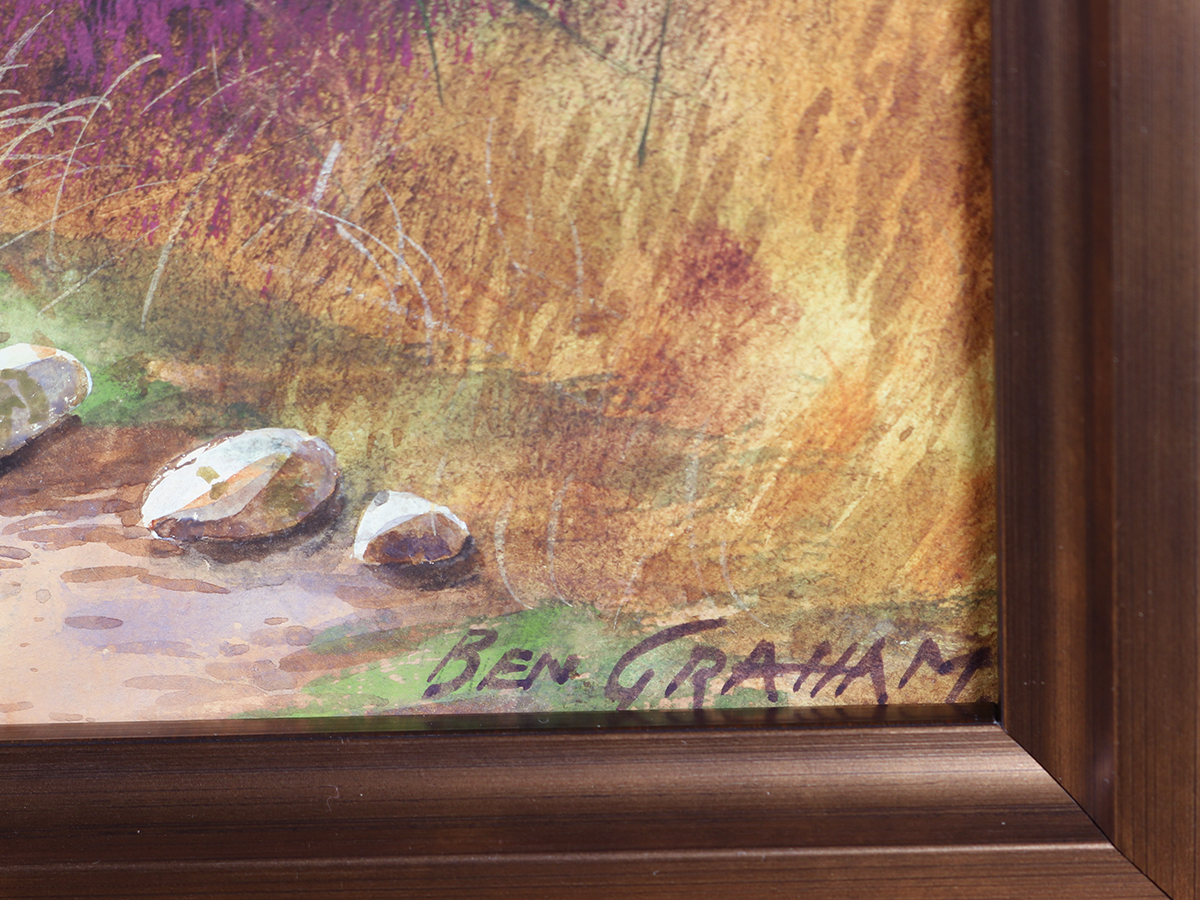 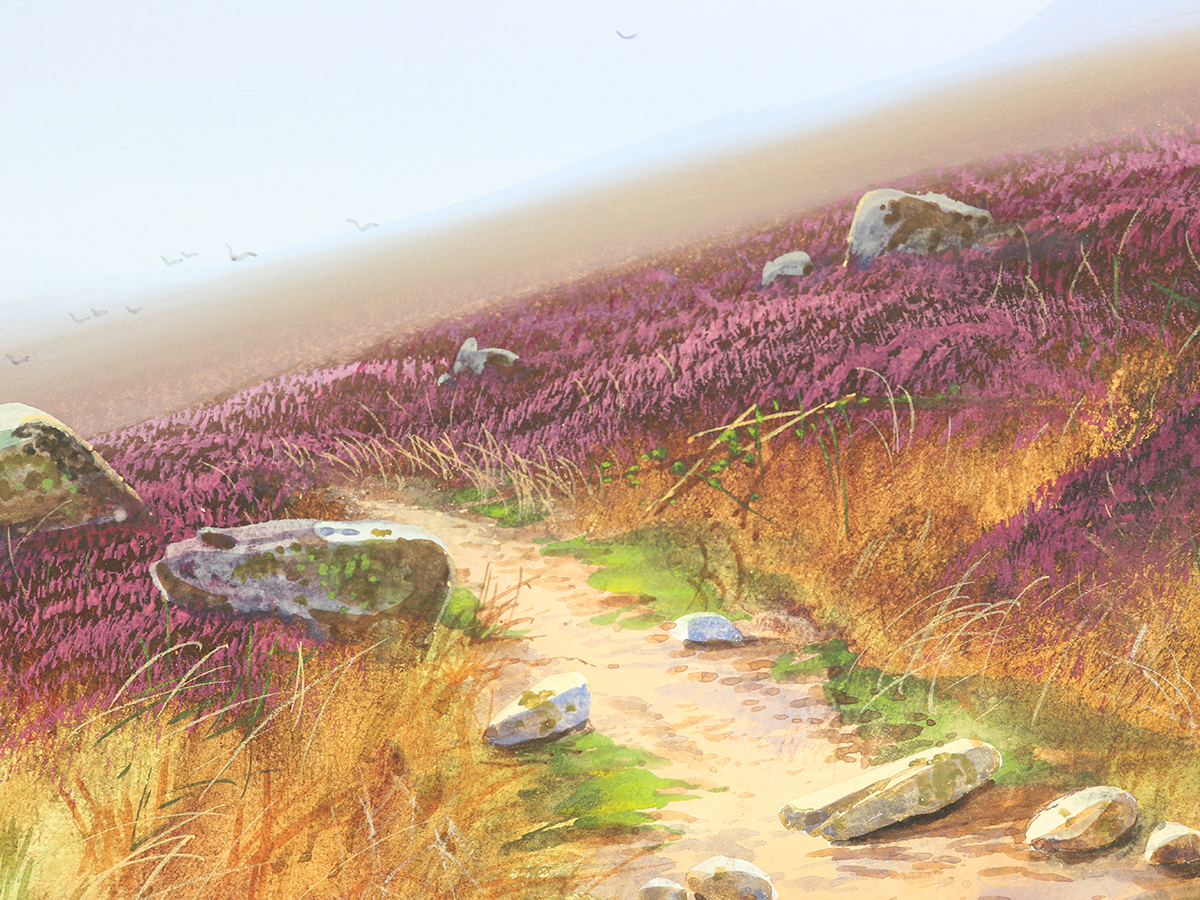 Presented in modern frame which has a slight indent to bottom right. Unglazed