Goodall was born in Heacham in Norfolk on 7 June 1908, the son of Joseph Strickland Goodall an eminent cardiologist, and his wife, Amelia Hunt. He came from a long line of doctors. He attended Harrow School. His father permitted him to leave academia and instead train as an artist under two family friends: Sir Arthur Stockdale Cope and John Watson Nicol.

During the Second World War he worked as a camouflage artist, based in India. He had his first public exhibition of paintings in the Government School of Art in Calcutta in 1943. After the war he settled in Tisbury where he shared an idyllic cottage with his wife. The house featured in many of his paintings.

A self-portrait created during the Second World War is held by the National Portrait Gallery, London. 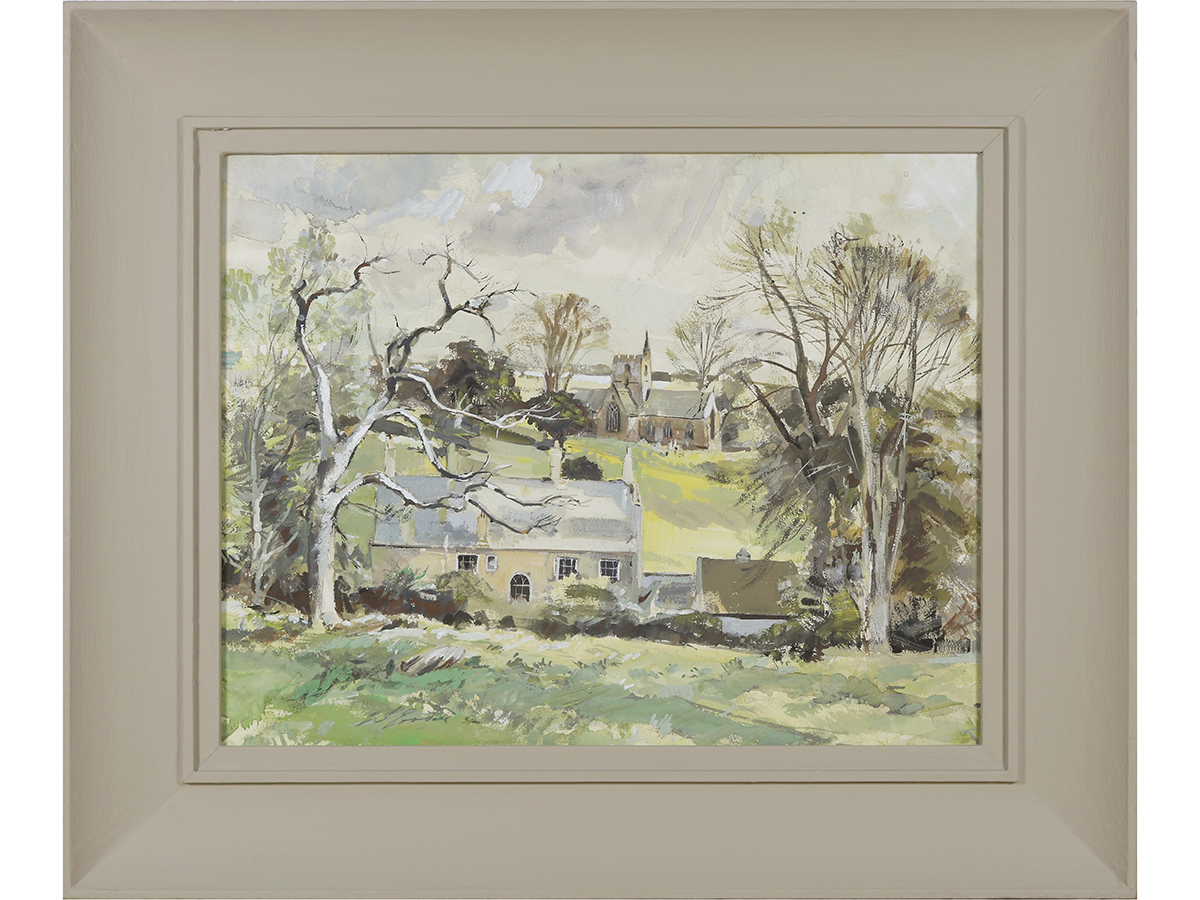 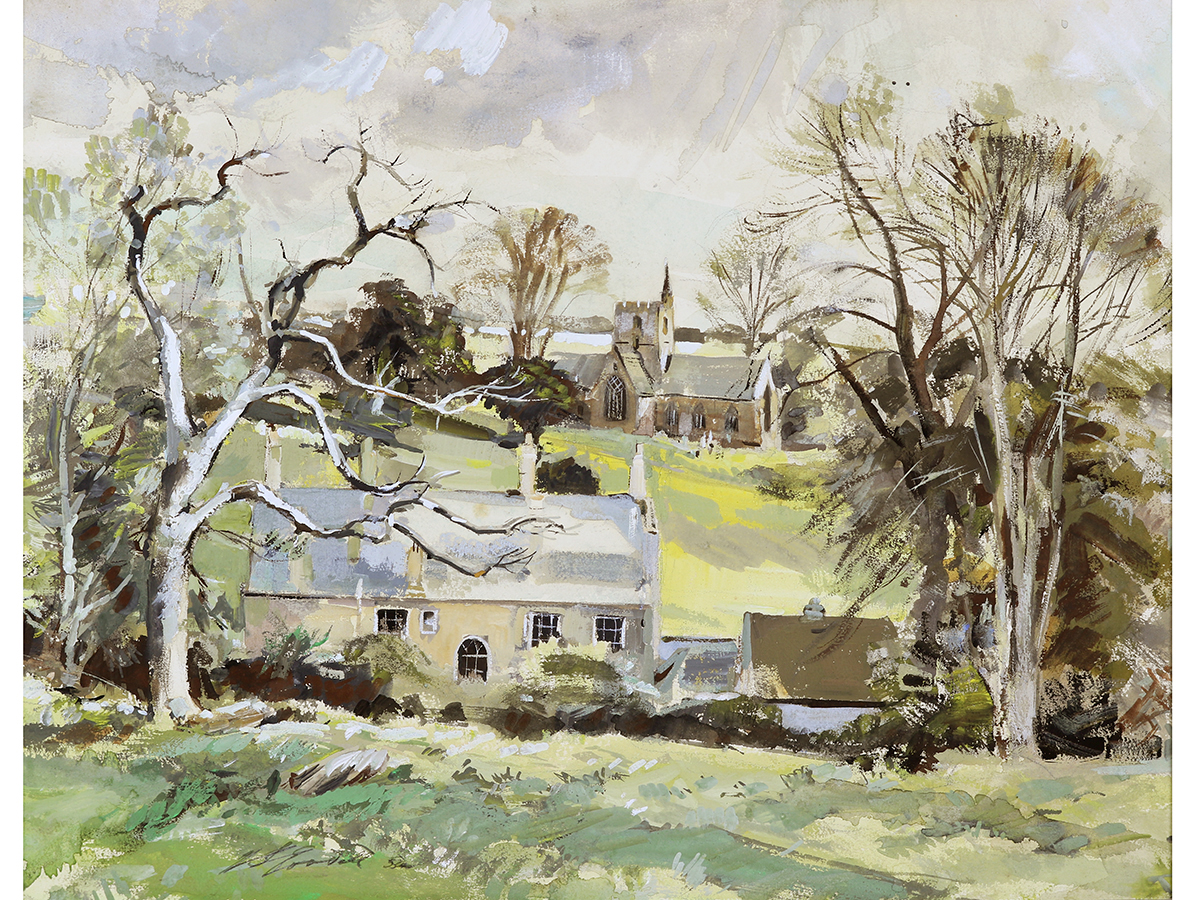 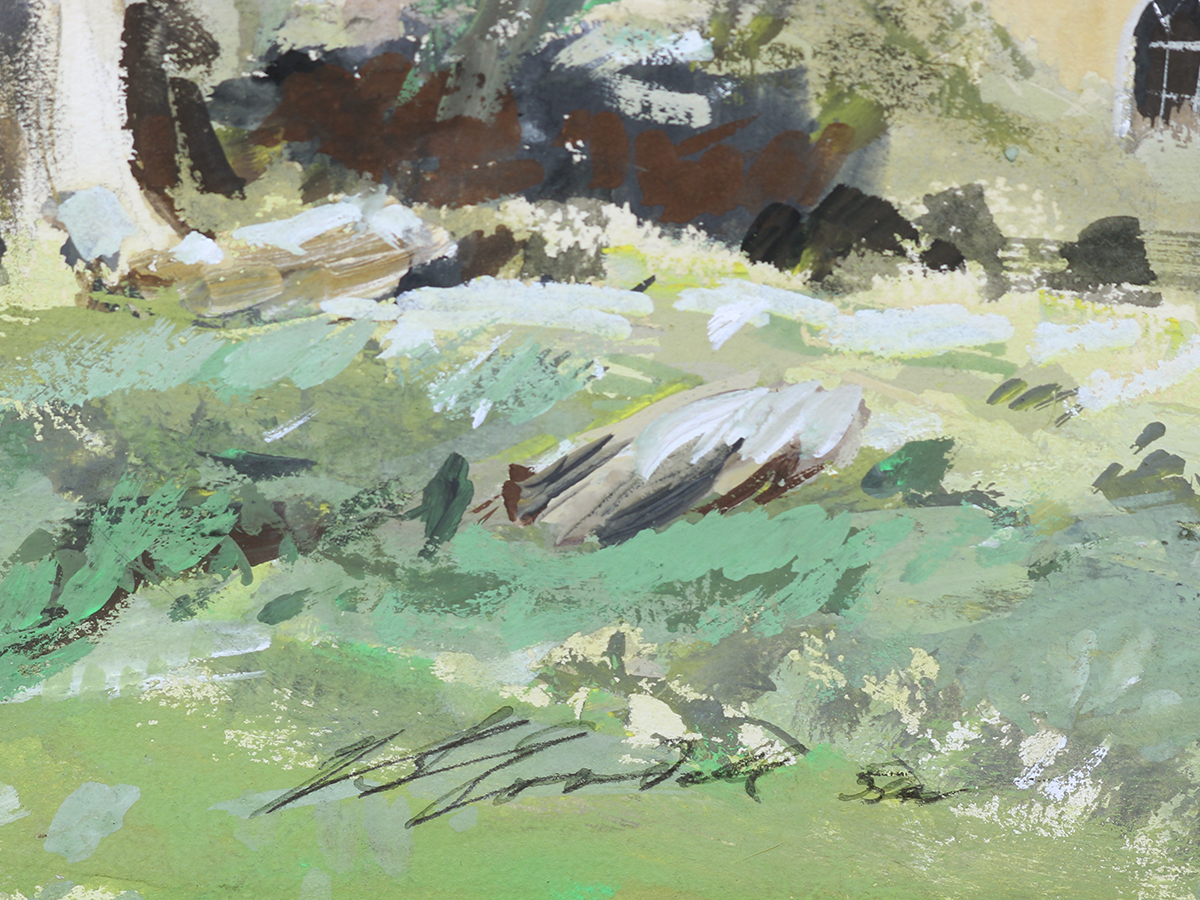 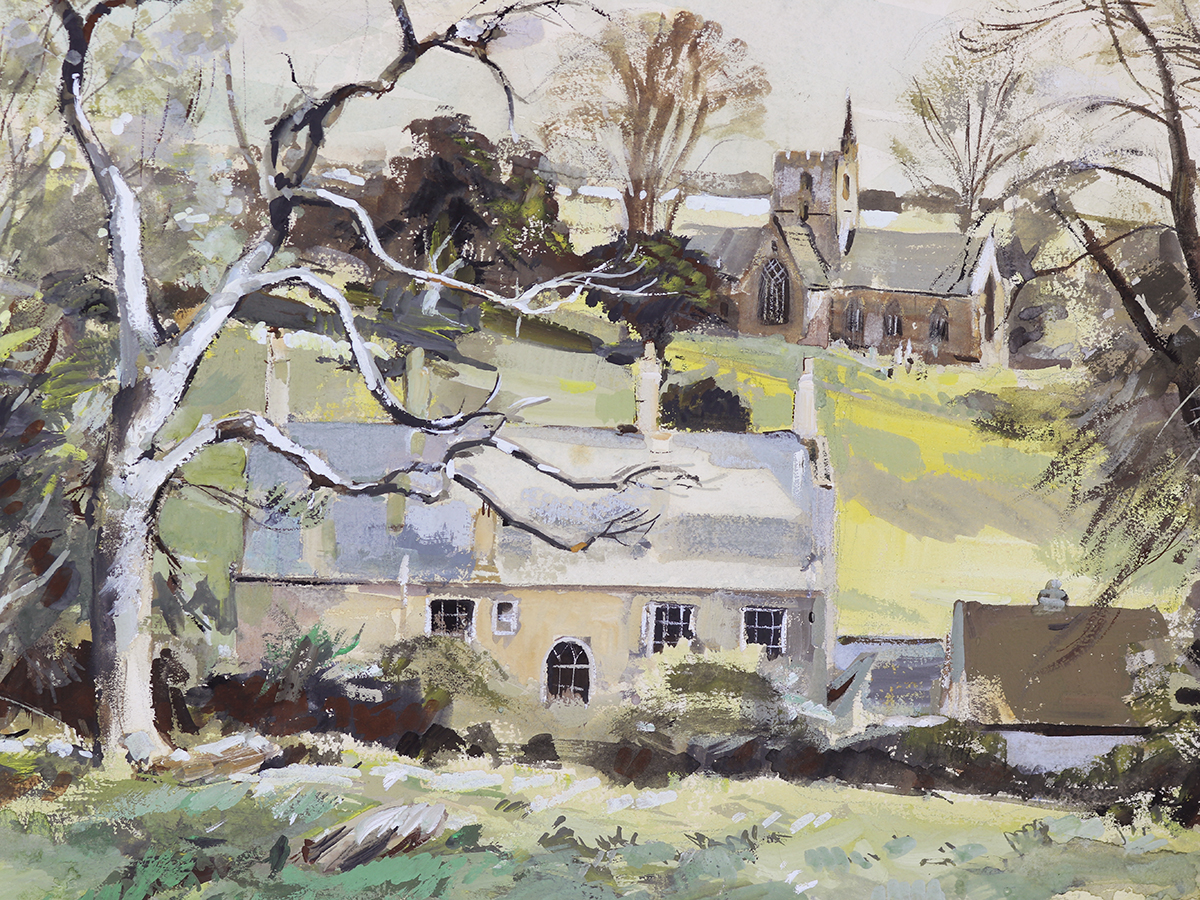 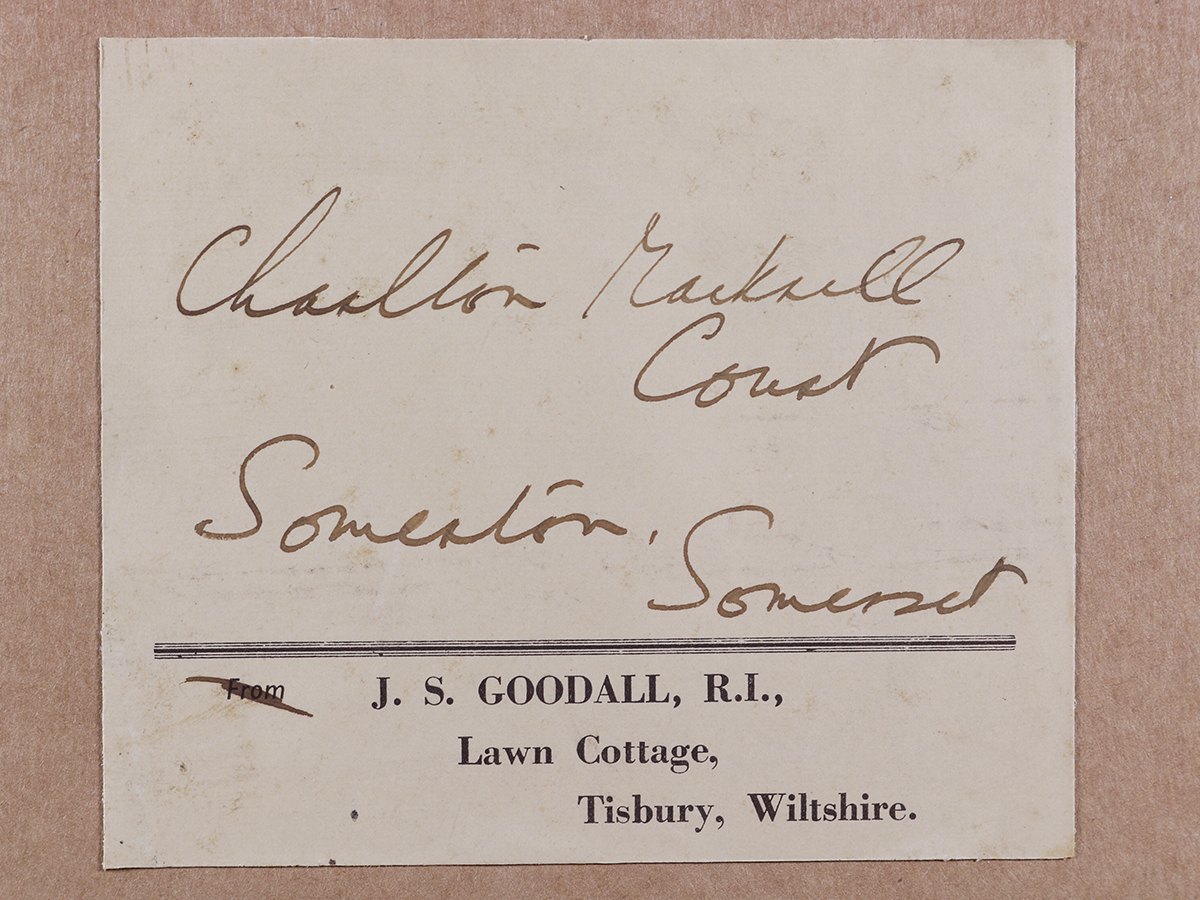 Original frame however has been retaped to rear.