According to several sources, James McArdle was the pseudonym of the artist Henry Jackson Simpson.

Henry Jackson Simpson was a prolific Aberdeen artist who painted and etched seascapes, still life, animals and landscapes - and studies of the River Dee in all its moods.

Born into a large family, Jackson Simpson went to Ferryhill Primary School, and then to Gordon's College. He was lucky to come under the influence of his uncle, Alex (Sandy) Fraser, who was head of Grays School of Art, and young Henry spent many hours watching him in his studio at Newtonhill.

Despite Henry's delicate constitution, he fought in France in 1914, first in the artillery, then the Northumberland Fusiliers, and won the Military Cross for bravery.

His etching career had been interrupted by the war because the copper used in the plates was needed for munitions, but when the war was over he joined the family framing business in Union Street and studied at Grays School of Art.

Jackson Simpson painted all over the North-east. He loved the sporting life, and this gave him inspiration for his work

He captured the luminescent light of the coastline - from Cove and Catterline to Montrose - and transferred it to paper. His etchings of Marischal College and The Old Crown are still perennial favourites with exiled Aberdonians.

Jackson Simpson, who by this time had dropped the "Henry" to avoid confusion with another Aberdeen etcher, took over the family shop at 4 Diamond Street, Aberdeen, where his brother made frames.

An all-round artist and teacher, Jackson was known too, as a restorer, and was the North-east contact for Sotheby's, Christies and Phillips. 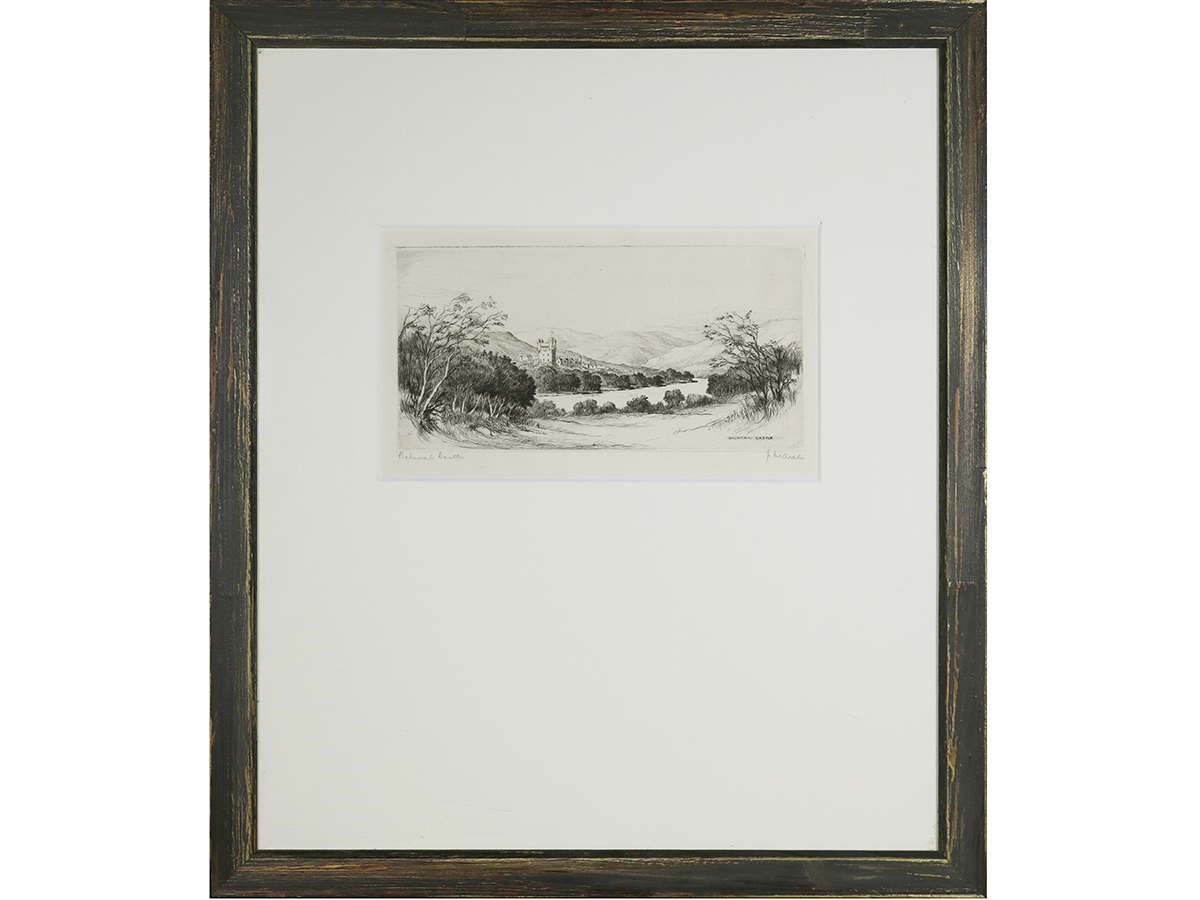 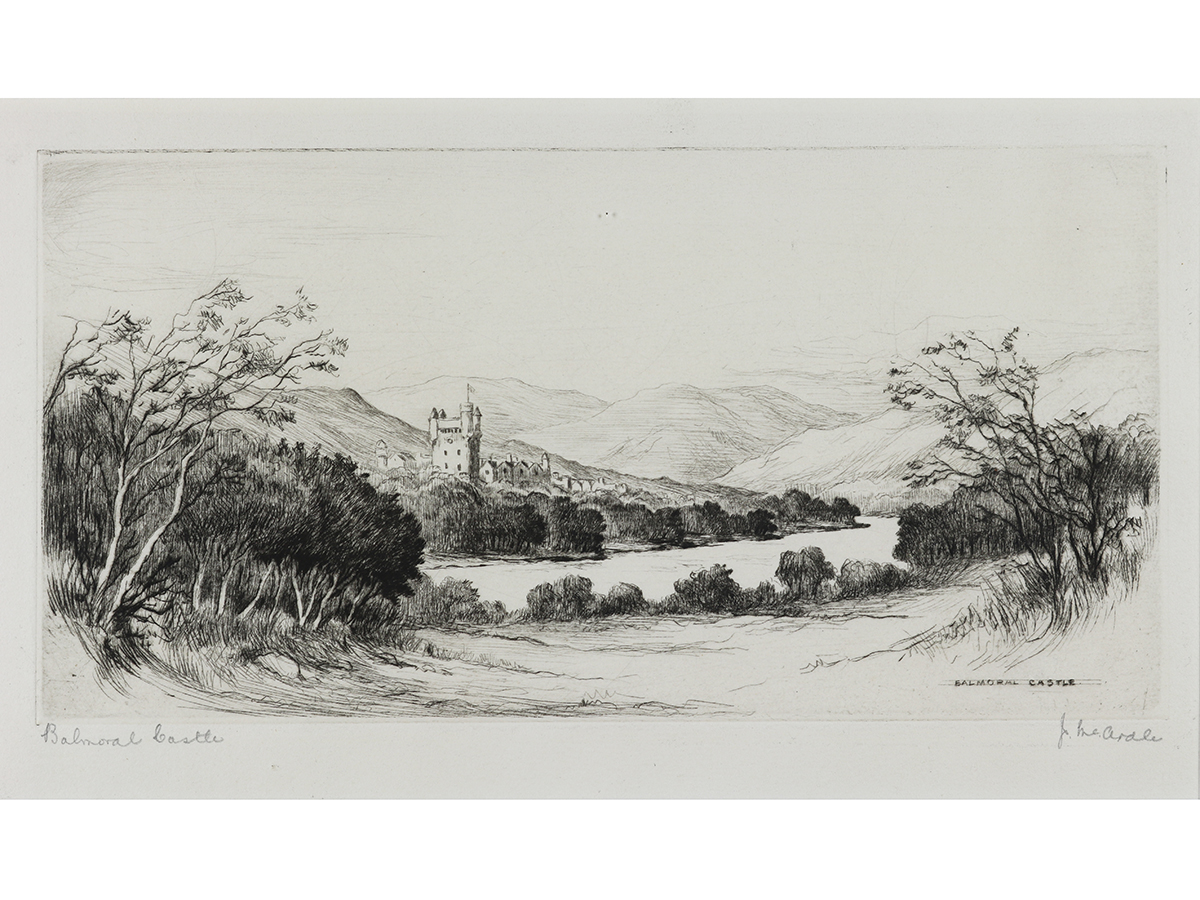 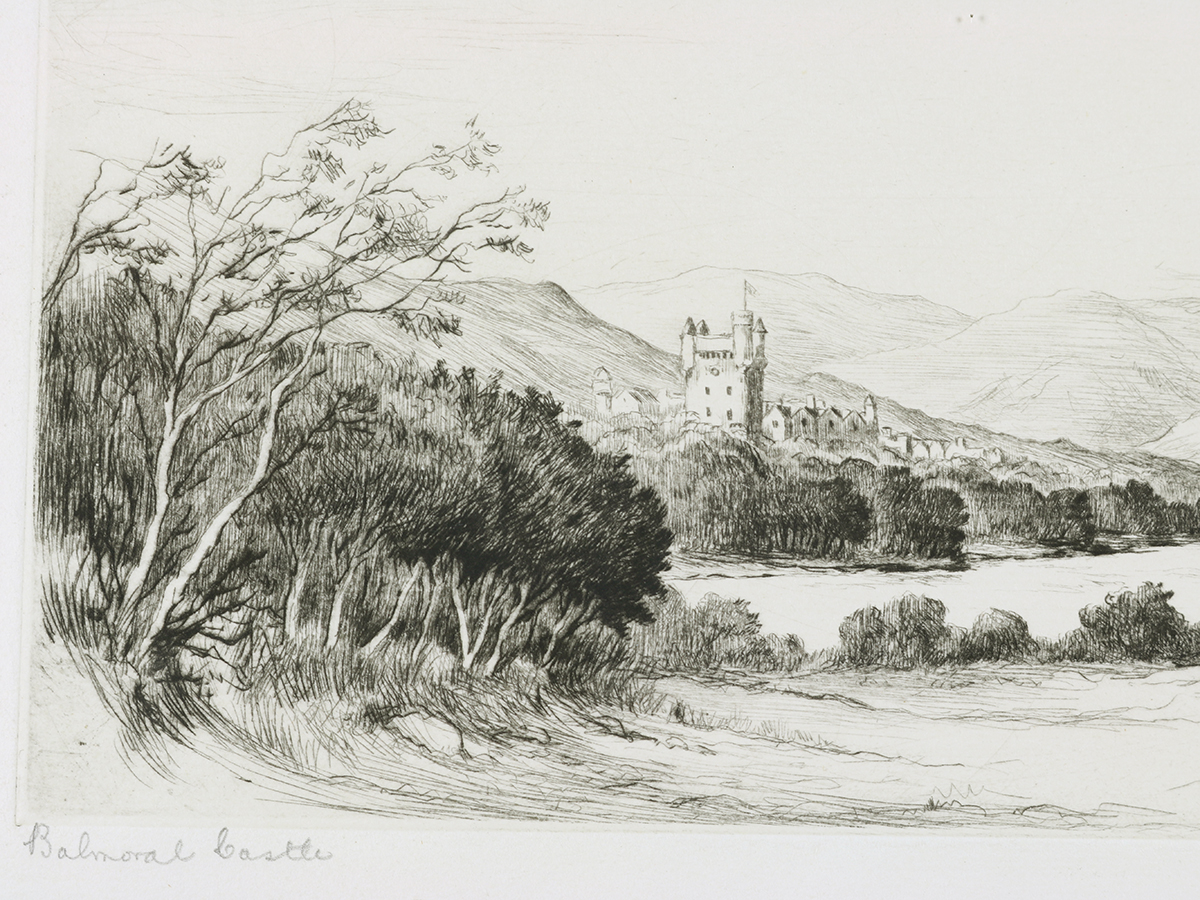 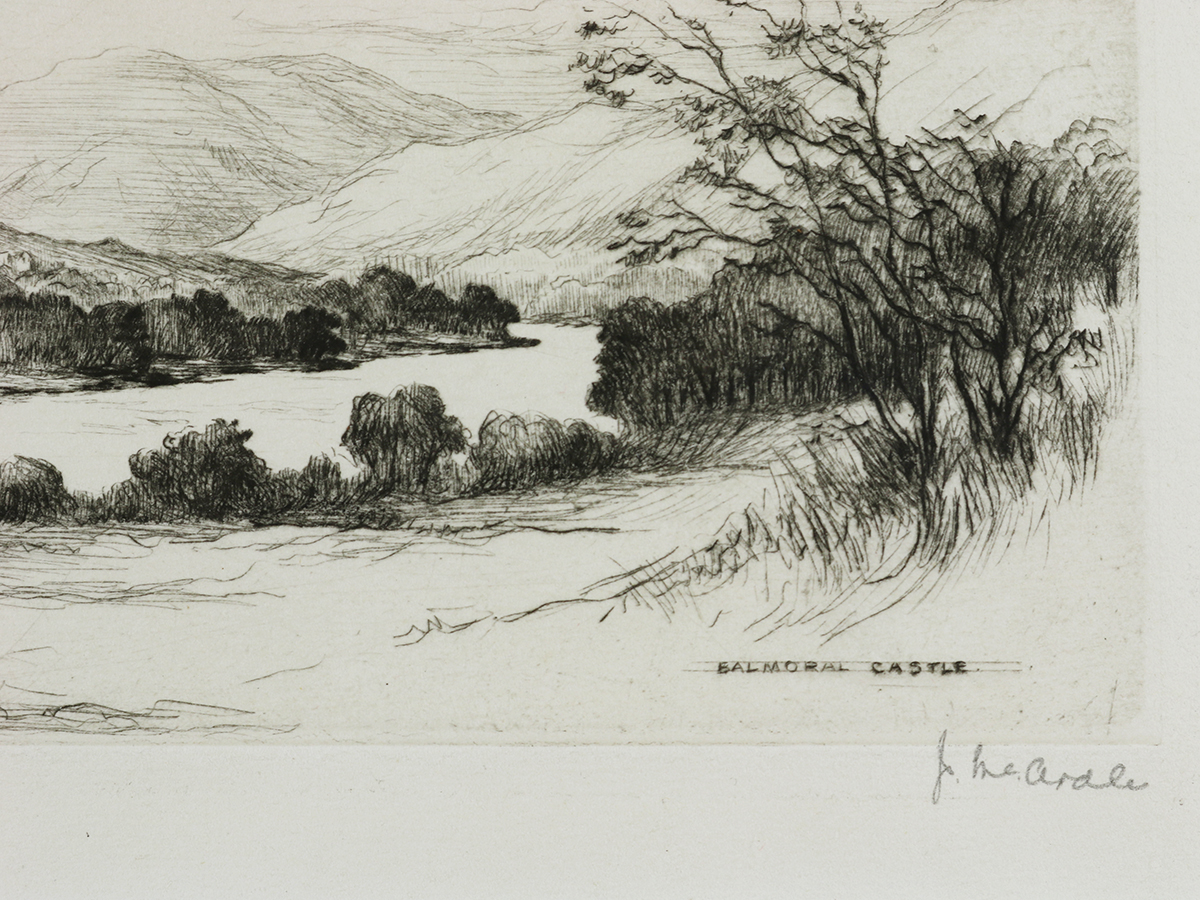 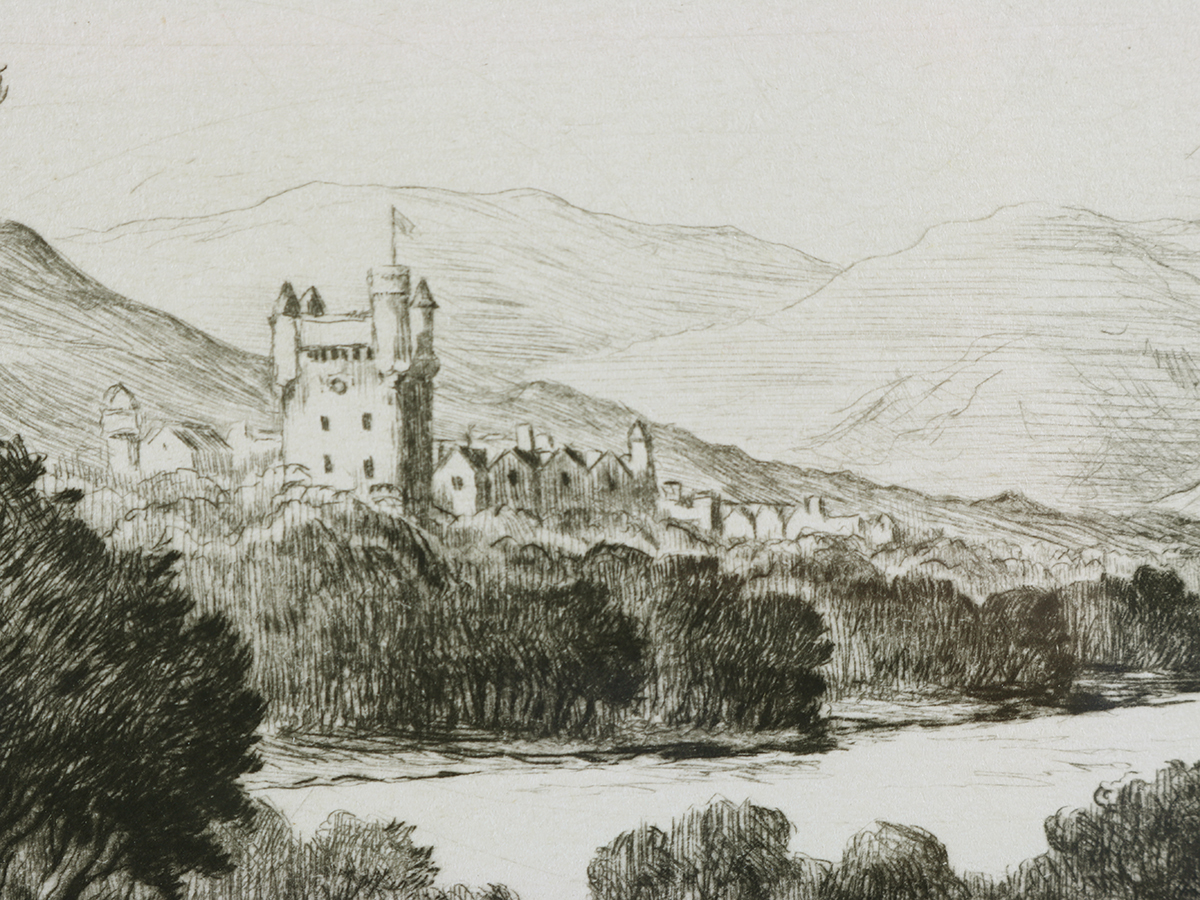 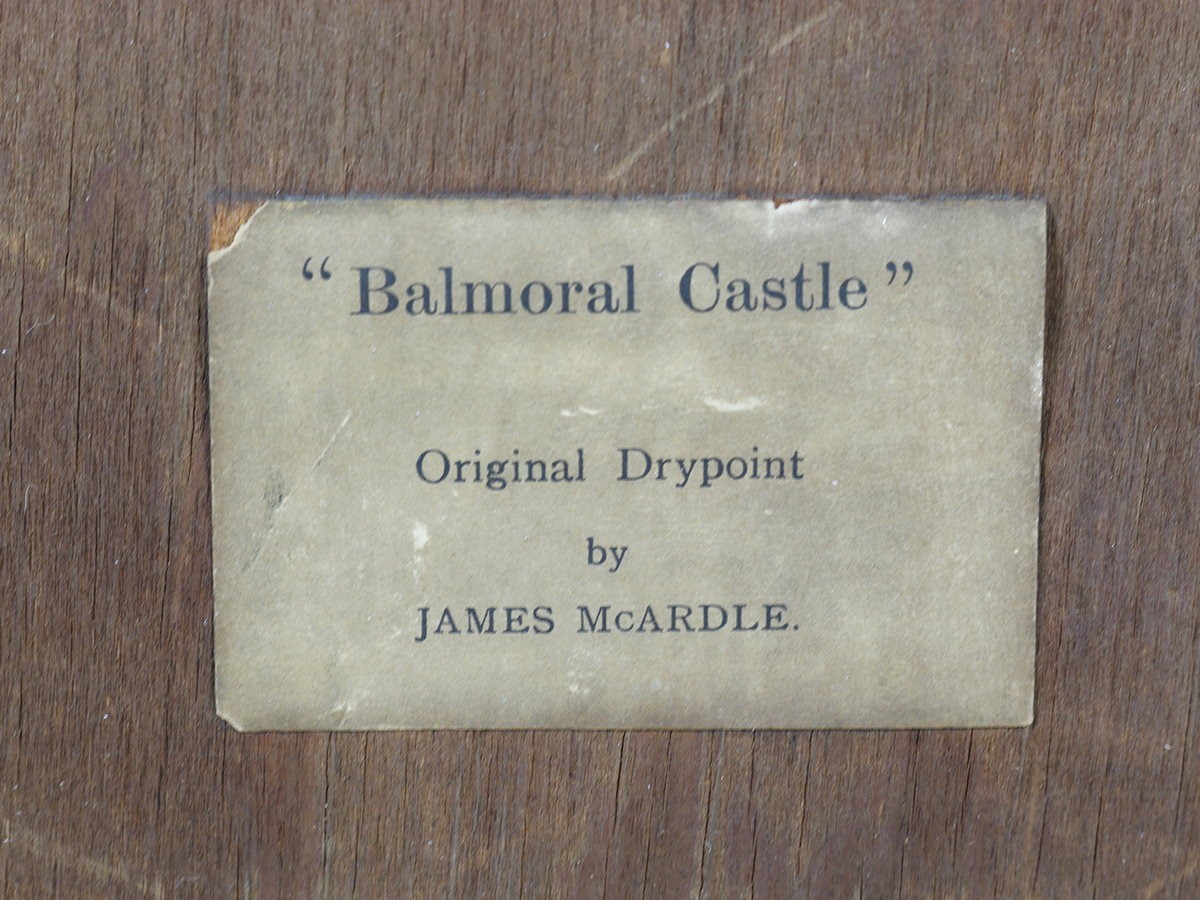 Has been reframed but retains original backboard.